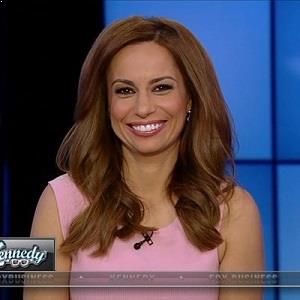 There's this Tea Party wing, the Republican Party with the Chamber of commerce folks and all of those other people. They are not anti-immigration, by the way

We need to review our policies as it applies to urban cities - You see, I'm losing either of them, but especially cities like Baltimore, we need to review them and I think we should come with no pre conception

I don't begrudge rich people running for office. God knows that FDR and JFK both came from very wealthy families but I think did more to help impoverished Americans than anybody else.

Julie Roginsky has kept her personal life low profiled. She has not revealed any information about her private life. It is not sure either she is married or having an affair or single at the present time. There are no any records of her past and present relationships till now. In 2012, she gave birth to her first son, Zachary Peter Roginsky. The name of the child’s father is not disclosed yet to the media. Her current relationship status is not known to the media and public. Currently, she lives in New York City with her child.

Who is Julie Roginsky?

Julie Roginsky was born on April 25, 1973, in Moscow, Russia. Julie is an American by nationality and is of Jewish ethnicity.

She is the daughter of Abram Roginsky and Tanya Roginsky. She was primarily raised by her grandparents until she and her parents were allowed to leave the Soviet Union in 1980. Her family moved to the United States in 1990. Julie was raised in New York City by her parents. There is no further information about her childhood life.

Julie began her political career when she was hired by the American political action committee, Emily’s List to work on the congressional campaign of Dale McCormick. After that, she worked for U.S. Representative of New Jersey, Frank Pallone.

In 1999, Julie became the first woman to manage the New Jersey Democratic Coordinated Campaign. In 2001, she became the Washington, DC-based Communications Director for Jon Corzine. In 2003, she founded a political consulting and public relations firm called Comprehensive Communications Group. She has been serving on the Board of Directors for the Women’s Campaign School at Yale University since 2005.

Julie made her television debut as a Democratic strategist on Fox News Channel in 2004. She worked as the host of American daytime news and talk show, Outnumbered. In 2009, she was hired by CNBC as an on-air contributor, where she also wrote columns for CNBC.com.  She has also worked as a contributor for CNN and MSNBC.

Julie Roginsky: Salary and Net Worth

She has a net worth of $30 million but her salary is not revealed yet.

There is no rumor of her dating anyone at the present time. Her current relationship status is not disclosed to the media. She was criticized for having debates about policy in her early political career. After that, she has not been in any controversy till now.

Julie has a height of 5 feet 8 inches. She has brown hair and dark brown eyes. Her body weighs 58kg. Furthermore, her body measurements are 36-26-37 inches. Besides these, her bra size is 34B and dress size is 8US.