Golden Globe-winning actress Julie Sommars is married and a mother of three. 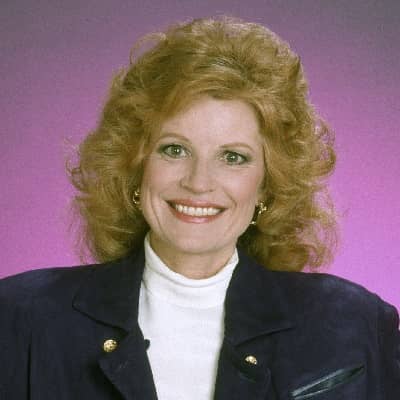 Julie is now married to John Harris Karns. The couple tied the knot on 2 April 1984 and are still living together happily.

The actress was first married to Jack Donner. The pair married on 19 September 1960 but get separated after some time.

Julie’s second marriage was with Robert Christopher Trentacosta. They married on 4 November 1964. Staying together for a year, they divorced in 1965.

After it, Julie was thirdly married to Stuart Erwin Jr. He is also a TV & movie actor. They married on 17 September 1971.

Julie Sommars is a Golden Globe Award-winning American actress. She was one of the popular actresses in the late 1990s.

The actress was born on  April 15, 1940, in Fremont, Nebraska, USA. Julie spent her childhood growing in and attending various schools in Iowa, Nebraska, and South Dakota.

Her full name is Juliana Edith Sommars. Her parents are government grain inspectors and schoolteachers. She hasn’t revealed their names although.

While she was studying in Onawa, her father unknowingly entered her name in a worldwide talent hunt. Although she didn’t go ahead.

Julie holds an American nationality and belongs to descent.

During her high school, she wins the American Legion State Oratory Contest in Aberdeen, South Dakota.

She has his education from San Bernardino Valley College.

Julie was just 15 yrs old when she gave an audition in Otto Preminger for the lead role in his film “Saint Joan.” After that, she appears in an episode of the “Loretta Young Show.” Her big break came after winning the female lead in Ross Hunter’s talent hunt.

She appeared as J.J. in the comedy series, “The Governor and J.J.” And she won a Golden Globe for Best Actress and also the Best New Star Award from the Television Critics Association for that role.

Talking about other works she has appeared in, they are “Herbie Goes to Monte Carlo”, “Get Smart,” “Barnaby Jones,” “Harry O,” “The Rockford Files,” “McMillan and Wife,” “Five Desperate Women,” “Cave-In,” “Centennial”, and many others.

From 1987-1994 Julie played Julie March in “Matlock”. The actress again the Golden Globe nomination for that role. She then retired from acting in March 1999.

Julie lives with her husband and children in California as of 2021.

She stays away from the public eye except for a few television reunion specials. And so there are no other earning details.

During her career, her movie Herbie Goes to Monte Carlo had earned $29 million at the box office. Working in such movies, he must have received a good salary.

Moreover, she also owns an estate in Indian Wells (CA).

Julie maintains a low profile life and doesn’t get involved in any controversial activities in the media.

Similarly, the actress was always focused on her career and hasn’t appeared in any rumors also.

Julie has an average height of 5 ft and 6 inches and weighs around 58 kg. The beautiful actress’s hair color is blonde and has dark green colored eyes.