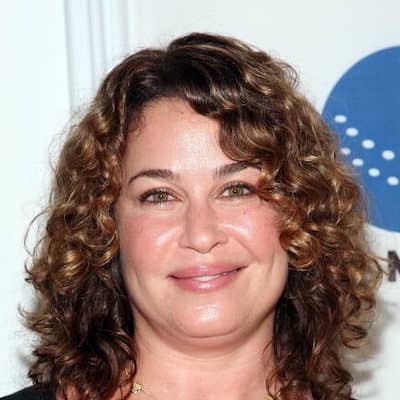 I chose not to go home and struggle with the New York scene. My size sort of locked me out. I was too short for the stage. I would have been doing character roles, so I went to Los Angeles. There is a lot more happening out there. I also felt it was important to break away from my family

Most actors in my position, at 47, you want your annuity show. You want your Marg Helgenberger role on 'CSI.' But that's like winning the lottery. So you try and keep yourself sane

I just wish I got a quarter every time someone clicks on 'Little Women, Big Cars.' We had a 125-page script for this show. We used the creator's house to shoot. But it's expensive to do these shows. They're eventually not going to be able to get the quality of actors.

Julie Warner is currently divorced and possibly single. But she was once married to Jonathan Prince on 17 June 1995. Her ex-husband is a writer and director.

Their wedding took place at Ebell Club in Los Angeles. They welcomed their son Jackson Roy Prince in 1997. However, Julie and Jonathan are no longer together and the reason for their divorce is not disclosed.

Who is Julie Warner?

Recently in 2021, she was seen in two episodes of The Good Doctor (TV Series) as Pam Dilallo.

She was born as Juliet Mia Warner on 09 Feb 1965 and her birthplace is Manhattan, New York, U.S.

The name of her mother was Naomi and her father’s name was Neil Warner. His mom was a director plus marketing consultant and her dad was a pianist plus composer.

Julie’s ancestry is Jewish and as per her academics, she went to the Dalton School. Then she achieved her degree in theater arts from Brown University.

Julie Warner started her career after her graduation and she started to gave auditions. Her first appearance was in an episode of a TV series named Guiding Light as Cynthia.

But her characters in Family Law as Danni, Nip/Tuck as Megan, and Crash as Andrea are much loved and appreciated. She was also seen in the main role in Pride & Joy Tv show.

Her other brief role TV shows were Star Trek: The Next Generation, Scrubs, The Outsiders, Just Legal, House, Grey’s Anatomy, and more.

Besides this, Julie also did several movies. Her debut movie was Flatliners (1990) and her latest film was Unbelievable!!!!! (2020).

In between these, she appeared in other big-screen projects. Some of them are,

At present, her estimated net worth is around $2 million US. However, her salary and other earnings are unknown.

This veteran actress is keeping herself away from rumors and is also not surrounded by any desperate scandals.

Regarding Julie Warner’s body features, her height is 5 ft 3 inches and her body weight is 65 kg.

Moreover, her eyes are blue and her hair color is brown. She has a fair skin complexion.