Julien Solomita is a social media star. She has a channel on Youtube and uploads vlog videos. Julien is dating Jenna Marbles.

Julien Solomita is engaged to Jenna Marbles in April 2021. He proposed to her girlfriend Jenna after dating for 8 years. The reports of their marriage also might be revealed anytime soon!

Jenna is one of the top YouTubers. She is notable for her YouTube videos. Moreover, she is also an actress and a comedian. Her full name is Jenna Nicole Mourey.

The couple had been good friends before getting into a relationship. Since 2013, they started dating. Jenna revealed their dating in her QnA video on her YouTube channel. 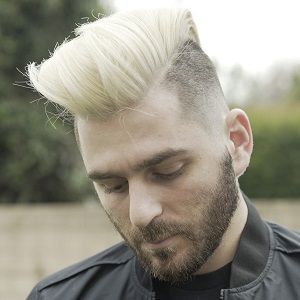 Who is Julien Solomita?

Julien Solomita is a notable YouTube personality. Presently, he is one of the famous Vloggers in the YouTube community.

Moreover, he is notably famous for his short films, random Vlogs, and other fun videos. He released a single, “The Creepy Song” for his album, “Nightmare Fuel.”

Julien Solomita was born in the Stanford University hospital in the state of California in the United States. The date of his birth is April 17, 1992, of Spanish ancestry.

He has two siblings, Roxanne and Marlon. While growing up in his childhood, he loved to play baseball. During his early years as a child, he did pass through some difficulties. It’s because his parents separated while he was in his first grade at school.

For his education, he went to some middle and high schools, but there is no exact information. Later, he joined Chapman University. He wanted to play baseball there but couldn’t due to injury.

Julien Solomita is a YouTube star. He has a successful career in Social media. He joined YouTube on December 8, 2012. His first video on his YouTube channel is named, ‘Deadlift PR (415lbs.)” It was posted on March 16, 2013.

In the initial phase, he mostly uploaded videos about exercise and training. Similarly, apart from those videos, he also makes Vlogs. His first Vlog was “VLOG 1: I’m on my bike” posted on April 3, 2013. Since then he has been posting videos on YouTube.

Previously, he made several videos with his partner, Jenna Marbles. Till now, some of his popular videos are “Massive Blue UFO Over Los Angeles,” “Our Dogs after Dentist,” and others.

Apart from his YouTube career, he worked as a bartender and a programmer at AMP radio studio in the past. Furthermore, he also released his album, “Nightmare Fuel.” He received a nomination for the Shorty Award for the best Vlogger of the year.

The information about his salary is unknown and his net worth is estimated to be $2 Million.

Julien Solomita is a content creator on YouTube. Although many times, people criticize and dislike his content, he is not part of any significant controversy. Presently, he is free of any rumors and controversies.

Julien Solomita has an athletic body type. Presently, he is around 5 feet 9 inches tall and weighs ‎75 kg. While he has dark brown hair, his eyes are blue.

Julien Solomita is a social media star. The famous YouTube personality has more than 1.3 million subscribers.