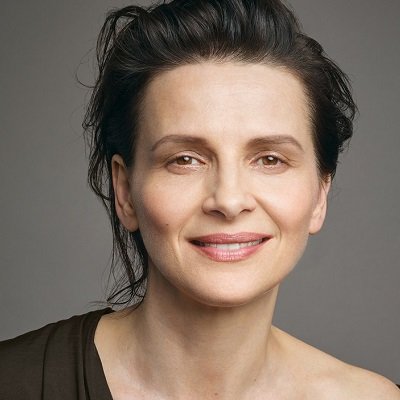 Movies are open doors, and at every door, I change character and life...I live for the present always. I accept this risk. I don't deny the past, but it's a page to turn.

When I returned to France after winning the Oscar, I was treated like royalty, or like a football hero!

I knew I had become a star when I shook hands with Simone Signoret at the 1985 Cannes Film Festival. She died four months later.

Currently, Juliette Binoche is in a relationship with the actor, Patrick Muldoon. They had been in the relationship since 2014. However, they first dated each other back in 2003. At that time, they dated for two years.

After the breakup with Patrick in 2005, she dated the actor, Santiago Amigorena which lasted till 2008.

Prior to that, she was in a relationship with Benoît Magimel. They started seeing each other in 1998. Together, they have two children including a son, Raphaël, and daughter, Hana. Raphaël is a scuba driver by profession. However, the broke their relationship in 2003.

Before that, she dated André Halle in 1992 however, they ended their relationship within to years.

Who is Juliette Binoche?

French Juliette Binoche is an Academy Awards winning actress and dancer. She is renowned as Hana of The English Patient and Vianne Rocher of Chocolat.

Next, she will make her appearance in Between Two Worlds.

Juliette Binoche was born on the 9th of March 1964 in Paris, France. Her father, Late. Jean-Marie Binoche was a director whereas her mother, Monique Yvette Stalens used to be a teacher.

She has a sister, Marion Stalens. They are of Mixed (French- Portuguese-Brazilian) ethnicity. When Juliette was 4 years old, her parents got separated via divorce.

Talking about education, she went to a provincial boarding school along with her sister. Later, she studied acting in Conservatoire National Supérieur d’Art Dramatique (CNSAD).

Since her teen days, she was interested in performing arts. During High Schooldays, she used to direct plays. Also, she used to perform too. In the early 1980s, she traveled through France, Belgium, and Switzerland performing.

After the tour, Juliette Binoche expanded her horizon as an actress in the French film industry. In 1983, she debuted in the French industry with the movie, Liberty belle. Later, she featured in some TV movies. However, she earned her starting fame through the movie, Hail Mary as Juliette. She auditioned for the movie in 1983.

After the movie, with each passing year, she contributed various superhits in the French industry. Some of her movies include My Brother-in-law Killed My Sister, Les Amants du Pont-Neuf, and Roundabout.

Moving forwards, she started making an appearance in International movies in the early ’90s. Also, her movies including damage, including A Couch in New York, and The Children of the Century were some commercially hit movies.

However, her performance as Hana in The English Patient gripped the attention. For the performance, she earned Academy Awards.

Later, in 2000, she appeared as Vianne Rocher in Chocolat which is also the other big achievement in her acting career. For the role, she was nominated for the Oscar Awards.

Moving forwards, she has graced many international successful films with her appearances. That includes Camille Claudel 1915, Let the Sunshine In, and Who You Think I Am.

Currently, her next movie, Between Two Worlds is in the stage of pre-production.

She has an estimated net worth of $2o million. Her earnings as an actress are in the range of $19k to $208k. Besides that, she also makes it through her career as an artist and dancer.

As of now, she has not been apart of any sort of controversy that created a buzz in the media. Similarly, there are no rumors related to her.