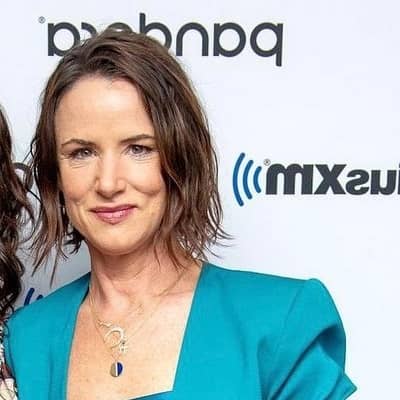 Fame can be just so annoying because people are so critical of you. You can't just say "hi". You say hi and people whisper "Man, did you see the way she said Hi. What an attitude."

Just to buck the system in California, I bought a Mazda for $6,000 when I was 15 without even bothering to get a license.

Juliette Lewis is a divorced woman. At the age of 16, she dated an actor Brad Pitt. They met first on the set of ‘Too Young to Die?’ in the year 1990. At that time, Pitt was 26 years old.

Later, the couple moved in together and worked on their 2nd film, Kalifornia. However, the duo parted ways after the release of the film. Afterward, she is rumored to have hooked up with actors Johnny Deep and Leonardo DiCaprio.

In 1994, she dated actor Adam Sandler. On September 9, 1999, she married professional skateboarder and director Steve Berra. The duo was introduced to each other by Lewis’s younger sister named Brandy Lewis. However, their relationship didn’t long-lasted and separated in 2003.

In Between 2014 and 2015, Lewis was in a relationship with actor Nick Zano. As of now, she is possibly single.

Who is Juliette Lewis?

She is the founding member and lead vocalist of the band, Juliette and Licks.

Juliette was born on June 21, 1973, in Los Angeles, California, the U.S. Her full name is Juliette Lake Lewis.

She was born in a celebrity family. The name of her parents is Geoffrey Bond Lewis (father) and Glenis Batley (mother). Her father was an actor whereas her mother is a graphic designer by profession. Juliette was two years old when her parents divorced.

Her academic details are under the curtains at the moment. She holds an American nationality and belongs to mixed (English, Irish, Welsh, Scottish, Dutch, and German) ethnicity.

At the age of 14, Juliette started her acting career and made her first role in the television film Home Fires. Prior to that, she appeared in an uncredited bit part in Bronco Billy in which her father played a supporting role in 1980. Following this, Lewis starred in films like My Stepmother Is an Alien, National Lampoon’s Christmas Vacation, Meet the Hollowheads, The Runnin Kind, and more.

In 1991, she got a big break in her acting career after appearing in Martin Scorsese’s remake of Cape fear. In the film, she portrayed the role of Danielle Bowden. She also appeared in the Melissa Etheridge music video titled “Come to My Windo” as a mental patient. Lately, she appeared in the 2021 comedy-drama film Breaking News in Yuba Country along with Allison Janney, Mila Kunis, and Regina Hall.

Juliette formed a band named ‘Juliette and the Licks’ in the year 2003 alongside former Hole drummer Patty Schemel. In late 2004, the band released their first EP, …Like a Bolt of Lightning through Fiddler Records. She has recorded three albums with her band Juliette and the Licks and the band dissolved in 2009.

Afterward, she formed another band named ‘New Romantiques’. She released her first solo studio album, Terra Incognita through The End Records. In 2013, she contributed backing vocals to the track “Saint of Impossible Causes” on Joseph Arthur’s tenth studio album, The Ballad of Boogie Christ. She released her first solo EP, Future Deep in November 2016.

The actress has managed to maintain a clean profile to date. She hasn’t been part of any sorts of rumors and controversy that create a huge buzz in the media.

As of 2021, Juliette has accumulated a net worth of around $25 million. In January 2019, She brought home in the Hollywood Hills for $1.5 million. The residence has three bedrooms and 2.5 designer-done bathrooms, plus a small separate studio/office in 2,475 square feet.

At the age of 15, she bought a Mazada for $6,000. However, her salary and other earning are still under review.

Juliette has a well-maintained body figure. She is 5 feet 6 inches tall and her weight is about 57 kg. She has a hazel pair of eyes and dark brown hair.