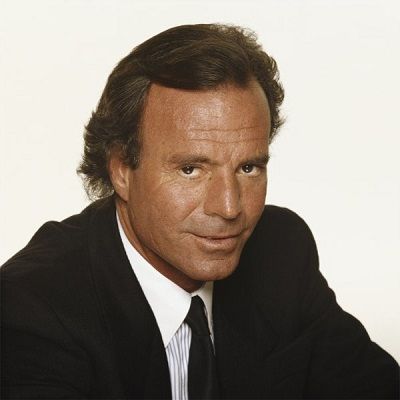 I used to play football for Real Madrid and to be on stage for two hours, I can tell you it takes the same amount of strength.

My children have become popular, and they show a tremendous love for the public. They're professionals.

I listen to the people. That was a big reason for my life, maybe the main reason, I'm singing because I love it when people say to me, 'Thank you.' I thank them. It's a marriage.

Moreover, Julio went on to live with the Dutch model Miranda Rijnsburger, who was 22 years younger than him. They later got married on 26 Aug 2010 and had five children.

From his past affairs, he has a son named Javier Sánchez Santos. He lives with his family in the Dominican Republic, where he owns several hotel complexes.

Who is Julio Iglesias?

Likely, he is also recognized as the most commercially successful Continental European singer in the world and one of the top ten record sellers in music history.

Julio was born on 23rd September 1943, in Madrid, Spain. His birth name is Julio José Iglesias De La Cueva and he is currently 75 years old.

His father’s name is Julio Iglesias Sr. and his mother’s name is Maria del Rosario de la Cueva y Perignat. There is no much information about his family and his childhood.

Julio Iglesias got recognized as a singer in 1968 when he won an award at the Benidorm International Song Festival for his number ‘La Vida Sigue Igual’ from the movie with the same name. He soon signed a contract with the recording company Discos Columbia and released his first studio album titled ‘Yo Canto’ which peaked at number three on the Spanish charts.

In the year 1970, he represented Spain in the Eurovision Song Contest, where he performed the number ‘Gwendolyne’ and stood forth. Besides Spanish and English, Iglesias has performed in a number of languages including his number one hit, ‘Un Canto A Galicia’ in Galician, ‘Se Mi Lasci Non-Vale’ in Italian, and ‘Je n’ai pas Change’ in French.

Some singers after which he went on to perform with pop stars like Willie Nelson, Stevie Wonder, Dolly Parton, and Diana Ross to release classic numbers that hit the top of the Billboard Hot 100 list. He made a cameo appearance as himself in the American sitcom ‘The Golden Girls’.

Moreover, he also became one of the best known international singers to have performed in several languages. Julio has a number of hit albums that are all-time favorites.

In the year 1973, he has awarded the ‘Best New Artist of the Year’ at the Guaicaipuro de Oro in Venezuela, Pueblo Popular in Spain, Antena in Colombia, and El Heraldo in Mexico. He won a Grammy for ‘Best Performance of a Latin Pop Artist’ in 1988 for his album ‘Un Hombre Solo’.

The International Art Academy Ischia (Italy) presented him with the ‘Music Legend Award’ in 2007. In 2010, he received the ‘Lifetime Achievement Award’ from Sony Music and the ‘Gold Medal for Merit in Fine Arts’ from the Spanish Government.

He has an estimated net worth of around $600 million (as per 2020 data) and he has earned that sum of money from his professional career.

There was a rumor that Julio circulating in the media that he is retiring from the stage, a possibility the Spanish artist doesn’t even consider. Currently, he is far from rumors and controversies.

Julio Iglesias has a height of 6 feet 1 inch. Additionally, he weighs 87Kg. His hair color is brown and his eye color is hazel.

Also, read the affair, salary, the net worth, controversy, and the bio of Enrique Iglesias, Steve Winwood, and Johnny Gill.