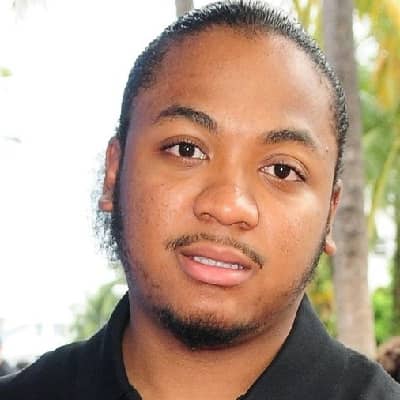 Julito Mccullum is a father of two daughters named Dakota McCullum & Madison McCullum. He welcomes his first child, Dakota on October 18, 2008. Similarly, he welcomes his second child, Madison on January 13, 2011.

Although, the identity of their mother remains under the warp till the date. On February 11, 2014, he once tweeted mentioned his wife which can be assumed that Julito and his wife were having a dispute.

However, he hasn’t confirmed yet that they have split up or still together. Nevertheless, he keeps flaunting the pictures of his daughters on his social media handles and feels blessed to have them in his life.

Who is Julito Mccullum?

Julito Mccullum is a movie and television actor who rose to fame by appearing in HBO’s series, “The Wire”.

The actor was born on December 16, 1990, in Brooklyn, New York. As of 2021, he is 31 years old. He holds an American nationality and is of mixed ethnicity of Colombian and American. His birth name is Uriel De-jesus Amanza-McCullum and his Zodiac sign is Sagittarius.

He is the son of Uriel Almanza and Glynis Almanza. Whereas his father had been murdered during a robbery. He has 7 siblings, five brothers, and two sisters however, their name is unknown.

Talking about his academic background, he studied journalism in his secondary school.

Earlier, before his debut into the cinematic world, Julito was a dancer for the New York Knicks and Liberty. He also gets the opportunity to dance for Alicia Keys and Missy Elliott.

Julito’s first debut tv series was Miracles Boys in the role of Lafayette directed b February y Spike Lee which was premiered on 18 February 2005. He then features in the Emmy Nominated TV movie, “The Wool Cap” portrayed the role of Jamal alongside Willian H Macy and newcomer Keke Palmer.

In the following year, he shone with his guest-starring roles in Hack, Law, And Order, and in various commercials. Similarly, Julito appeared in Akeelah and The Bee where features the character of Terrence.

He then gained popularity as Namond Brice in the TV Show, The Wire in the year 2011, also he was seen in Scenarios USA Shorts and Blue Bloods in 2014. Currently, he is the host of the podcast, Random Thought with Julito on his Youtube channel.

Until now, he hasn’t surrounded by any sorts of rumors and scandals that create a huge buzz in the media and hamper his personal life and professional life.

The actor hasn’t yet disclosed his net worth also the actor has wrapped information about his annual salary. However, he possibly collected a handsome amount of wealth.

Unfortunately, there are no details available regarding his body measurement including height, weight, and others. Nevertheless, he seems tall in stature with a black hair color and eyes color as well.

Moreover, he started to uploads videos on his youtube channel on December 10, 2020, where he has only 638 subscribers till now with 2 videos.