Julius Randle is an unmarried man till now. He is currently in a relationship with his longtime girlfriend Kendra Shaw. There is no exact information about when the couple began dating each other. The couple first met at the University of Kentucky, where Randle played college ball and Shaw attended college. They are often seen together in public. Shaw posts her photos with her boyfriend Julius on her Instagram account. The couple has announced in social media that they are getting engaged in few months. Shaw has also announced that they are getting married quickly. There is no other record of his past relationships. 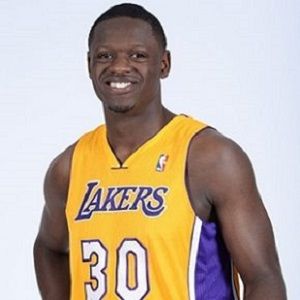 Who is Julius Randle?

Julius Randle is an American professional basketball player. He currently plays for the Los Angeles Lakers of the National Basketball Association (NBA). He was selected 7th overall in the 2014 NBA Draft by the Los Angeles Lakers. He helped lead the Wildcats to the NCAA Championship game as a freshman in 2014.

Julius was born on November 29, 1994, in Dallas, Texas, USA. His nationality is American and he is of African-American ethnicity.

His mother’s name is Carolyn Kyles and there is no information on his father. She is a single mother who raised Julius. Though he was raised by a single mother, his childhood was normal and he got all the love he needed from his strong mother.

His mom made sure that he pays enough attention to his studies. He attended Prestonwood Christian Academy. During his school days, he was widely regarded as a top 5 player in the class of 2013.

Julius began his basketball career with the Prestonwood Christian Academy. In August 2012, he won the Under Armour Elite 24 Dunk Contest. He was listed as the No. 1 power forward and the No. 2 players in the nation in 2013 by Rivals.com.  After that, he began playing for the Naismith College. On February 28, 2014, Randle was named one of the 10 semi-finalists for the Naismith College Player of the Year.

Julius began his professional basketball career with the Los Angeles Lakers of the National Basketball Association (NBA) in 2014. On June 26, 2014, he was selected with the seventh overall pick in the 2014 NBA draft by the Los Angeles Lakers. He broke his right tibia during the Lakers’ 2014–15 season opener against the Houston Rockets and underwent surgery. He returned to action in July 2015 with the Lakers’ Summer League team. He still plays for the Lakers.

Julius Randle: Salary and Net Worth

He is one of the highest-paid players of the club with an annual salary of $3.267 million and he has a net worth of $6 million.

Julius Randle has a height of 6 feet 8 inches. His body weighs 113kg. He has black hair and a black eye.