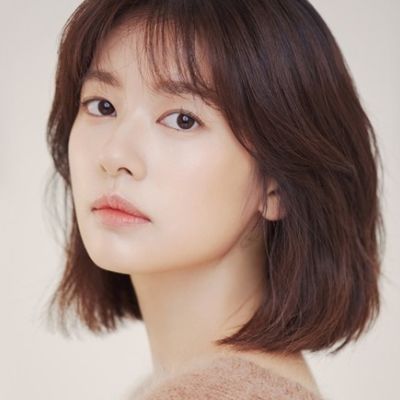 What is the relationship of Jung So-min?

Jung So-min is currently single and does not have a boyfriend. She is not in a romantic relationship with anybody.

According to some sources, she was in a long-term relationship with actor Lee Joon. But unfortunately, they have broken up after three years of dating. They announced they parted ways on June 26.

Jung So-min is a South Korean actress. Her acting debut was in the television series ‘Bad Guy’ in 2010. Furthermore, She is most known for her leading role in her 2010 TV series Playful Kiss, the Korean adaption of the popular manga Itazura Na Kiss.

She became one of the most loved actresses in the Korean film industry. She then appeared in a number of successful movies and drama series.

Jung so-min was born on March 16, 1989, in Seoul, South Korea, and her current age is 33 as of 2022. She belongs to South Korean nationality as well as Asian descent and follows the Christain religion. According to the astrologers, her zodiac sign is Pisces.

She has not disclosed her family members but according to some resources, she was born into a wealthy family. Moreover, her father is the head of a private company, and one of the richest people in the country.

Jung So-min started her acting career in the year 2010, with a supporting role in the television drama series “Bad Guy” where she received lots of audience attention for her acting skills. Similarly, in the same year, she got her next project “Playful Kiss” as a leading role, which was the Korean adoption of the manga Itazura Na Kiss.

She has also appeared in the 2022 released Tv and Netflix drama series Alchemy of Souls part 1 as ‘Mudeok’ a leading character and in the Alchemy of souls part 2 guest role.

According to recent reports, Jung So-min’’s net worth in 2022 is estimated to be $5 million which she makes the acting profession. Her salary and annual income in under review.

Jung So-min is a famous and talented Korean actress. She has received over 15 awards and nominations and won over 5 of them. She won Topaz Award and New Actress for TV Award in 2010 again with the same title New Actress Award in 2011.

Similarly, She won the Best couple award from the drama Sound of your heart in the year 2016. Apart from that, she is nominated for many titles in her acting career.

Jung So-min’s new series Alchemy of Soul is creating controversy among viewers. There is shown dissatisfaction among viewers because the drama decided to change the female lead Jung So-min to Go Yoon-Jung.

They revealed that the leading actress will be changed from Jung So-min’s Mudeok in the first 20 episodes to Go Yoon-jung’s Naksu in the 10 episodes of part 2. Due to this viewers are puzzled by the forced development of seasons 1 and 2 and the replacement of the female lead.

Jung So-min is 5 ft 4 inches tall and weighs 42 kg. She has a lean body type. Similarly, She has black eye color and also Brown hair color.

Simultaneously, She maintains her figure by eating a strict diet. In addition, she also does regular exercise to keep her body healthy.

Jung So-min is a renowned person on different social media platforms. She owns her Instagram account under the name @somin_jj  where more than 2.3 million followers have followed her.

Simultaneously, she is also active on Twitter since April 2015 which has huge followers.  She also has a Facebook page that has over 63k followers.