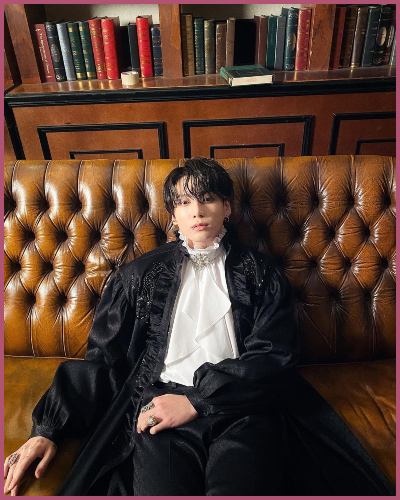 Wishing you a Happy Birthday Jungkook from our team. The youngest member of BTS celebrating his 25th birthday today, on September 1.

Jungkook is one of the biggest trends across the globe right now. As soon as the day began fans of the actor flooded, ‘September Husband’, over social media platforms

Why Jungkook is called ‘September Husband’?

BTS’ fanbase ARMYs filled social media with a lovely thoughtful message for JK. Bangtan members were also not behind when it comes to having hilarious birthday wishes for Jungkook.

The eldest member Jin was one of the first to wise the Golden Maknae. He tweeted,

“hey jungkook, happy birthday if you want to hear more specifics/details call me,”

Similarly, J-Hope took to BTS’ Twitter handle and posted a couple of birthday wishes tweets for Jungkook. At first, he shared a couple of pictures of Jungkook, the first one is JK at the White House and the second one seems from HYBE.

In both of the pictures, he is seen in blazers. J-Hope then simply wrote,

Similarly, J-Hope shared a video of Jungkook from his Jack In The Box listening party in which, a little tipsy JK is seen grooving to his songs. He then wrote in the captioned section,

Also read “Remembering Whitney Houston On What Would Have Been Her 59th Birthday!“

Besides, he posted a hashtag called, “Racing To Claim My September Husband For The Month,”

As per BTS Daily, it’s a hashtag that trends monthly wherein fans post their favorite celebrities to claim as their ‘husband’ for the month.

Jeon Jungkook’s real name is Jeon Jeong-Guk but he is well known all over by his stage name Jungkook.

He is a South Korean singer, dancer, and songwriter. He is a member of the South Korean boy band BTS. See more…