JUNNY is a South Korean-Canadian singer-songwriter and composer. JUNNY is possibly single. 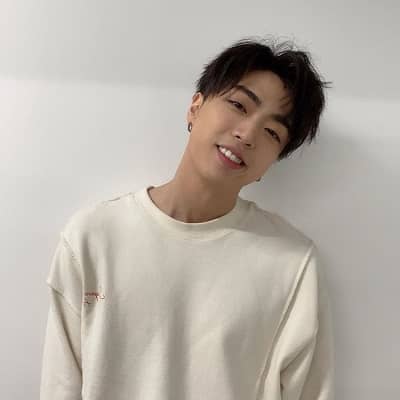 JUNNY is possibly single for now. However, he probably had been in at least 1 relationship in the past. Currently, he is serious about his career and working hard on it.

Furthermore, he has not dated anyone until now. He has a secretive nature. So, we can assume that he is not married neither he is in a relationship. Hope he finds a caring girl very soon.

JUNNY is a South Korean-Canadian singer-songwriter and composer under Mauve Company. He is popular for his songs “AURA” and “Thank You,”. Likewise, he came into the limelight through his single “By My Side.”

Similarly, he is a private man. He hasn’t revealed the name of his parents. He grew up with his two older brothers listening to a lot of Korean songs. One of his brothers is a painter. Likewise, he grew up in Canada and later moved to South Korea in December 2018.

Since early days, he wanted to pursue a music career and he wrote his first song at 14-15 years old. He started to learn to play the guitar during middle school.

His nationality is Korean-Canadian and his zodiac sign is Aries.

He is a member of a writer-producer duo with Odlin Block, Club Maytel, and ALIVEMINDS Crew with EastK, Lil Gimch, and Woogs. Likewise, he also auditioned for K-pop Star 2 and worked with pH-1, Paloalto, Jiselle, Punchnello, youha, and Kid Milli.

Moreover, he works under MAUVE Company. In 2020, he joined the R&B soul group, ØFFSHORE. Other members include iHwak, HNMR, ROYAL DIVE, JOMALXNE, MIRROR BOY, ROSEINPEACE, and GOT7’s Jay B.

Talking about his income, as a Musician and Songwriter, he has earned a good amount of money for his living. The major source of his income is a Successful Music Career. JUNNY’s annualized net worth is not publicly reported yet.

JUNNY is fully focused on his career to provide unique content to his people. Therefore, he strays from unnecessary rumors and scandals.

He has a decent height and weighs moderate that suits his personality. Similarly, he has naturally dark brown hair and charming dark brown eyes. Likewise, he is appreciated for his gentlemanly personality.

JUNNY seems to be active on social media sites. He has an Instagram account with over 145K followers. He has more than 131.9K followers on Tiktok with over 726.3K likes.