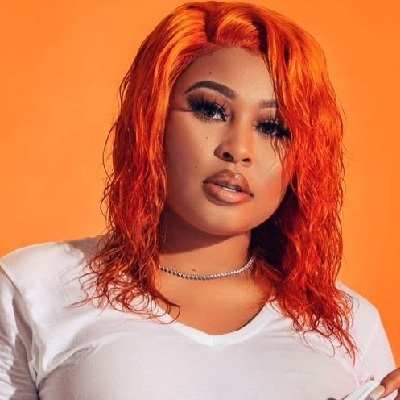 However, some of her Instagram posts suggests that she is in a secret relationship.

Previously, she was dating the rapper, Z-Ro. The couple broke up in 2017.

Also, there were rumors that she was in a relationship with American rapper Birdman. However, the relationship was never confirmed.

Who is Just Brittany?

American Just Brittany is a rapper, actor, and reality TV Personality. She is renowned as the rapper of the single, Call Me For That Good.

Born on 11th June 1989, Just Brittany was brought up in the fifth ward area of Houston, Texas. Her birth name is Brittany Bullock. She is of All-American ethnicity. Currently, she is 31 years old. Also, her zodiac sign is Gemini.

Her mother’s name is Leticia Franklin. She has two sisters; Tiffany and Rochelle Bullock. Also, she had an elder brother, Jerome Bullock who passed away.

Moving to her academic, she completed High School education from the Worthing High School as a valedictorian. Later, she attended Jesse Jackson Academy.

In the year 2009, she released the song, Call Me for That Good. Following the popularity she earned from the song, she signed with the Cash Money Record.

Following that, she released the mixtapes Queen of H Town featuring the rappers like Slim Thug and Z-Ro. As time passes, she dropped her songs including Something Different, How We Roll, Slander, and Do You. In between, she appeared in TV series like Mississipi Turnp and Because I Love You as some supporting characters.

In the year 2018, she featured the reality TV series, Love & Hip Hop: Atlanta. Overall, she made her appearance in 10 episodes. Following that, she featured the American Drama series, 5th Ward The Series in the supporting character named Lexus.

Besides that, her salary as a reality TV star is in the range of $50k or above per season.

She has black hair with brunette hair. However, she likes to dye it orange. She stands at a height of 5 feet and 5 inches and has a decent weight.

Back in 2017, she was in the headlines when she filed an assault charge against her ex-boyfriend, Joseph McVey popular with the Z-Ro.

At the time, she accused that the rapper punched her several times. Also, she recorded 21 minutes long video too. However, as per the rapper Joseph, she filed the charge for publicity as she was making her appearance in the reality TV show, Love & Hip Hop: Atlanta. On 10 October, the charges were dropped.