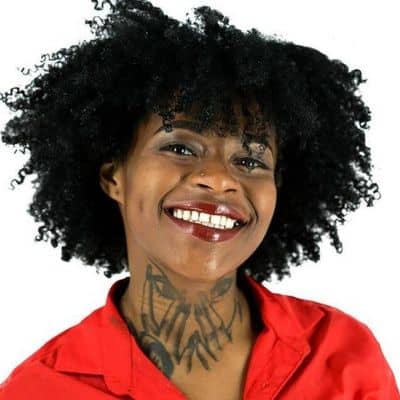 She has not shared the details about her current boyfriend or affair.

Rather than involving in relationships, she concentrated on her talent and studies.

Who is Just Sam?

Just Sam aka Samantha Diaz is a renowned singer-songwriter.

Sam soared to fame after being the winner of the singing reality show, American Idol Season18.

She is 23 years old as of 2022 and possesses American nationality. She maintains African-American ethnicity.

According to astrology, she maintains a birth zodiac sign of Sagittarius. Just Sam is her stage name while Samantha Diaz is her full birth name.

She was raised by her grandmother, Elizabeth along with her adopted brother, Diaz, and sister, Anabelle.

Her mother was detained at that time.

A short documentary titled, ‘Sam, Underground’ was shot and produced by Joe Penney and Ladan Osman under her real-life story.

In the documentary, the story of how she was bullied for her dressing sense and her journey as a Just Sam.

Sam has not shared info on her educational life and parents’ identity.

During the early struggling days, Just Sam used to sing live on subway trains. Later, she auditioned for America’s Got Talent and the American iteration of The Voice. None of them become fruitful for her.

So, later she decided to try her luck in the American singing competition series, ‘American Idol Season 18.’ The renewed 18th season of the show aired on February 16, 2020, which was held in Washington, D.C. Seacrest returned as a host of the show.

Later, the contestants gave performances by staying in their own homes from the top 20 to the finale due to the ongoing COVID-19 pandemic.

During this time, Ryan Seacrest hosted the show staying in his own house in Los Angeles along with the judges in their respective residences.

She survived the Hollywood week and was able to make it up to the Top5. Each finalist was given the chance to perform only two songs two for the finale.

Later, she has crowned the winner of the eighteenth season of American Idol, while Arthur Gunn ( Dibesh Pokhrel ) was the 1st runner up.

As a singer-songwriter, Just Sam is able to accumulate a net worth of around 1.5 million USD.

She has not disclosed her salary and earnings.

Just Sam has not faced any rumors or controversies up to date.

Moreover, she has well balanced her personal as well as professional life being able to maintain a clean profile.

Just Sam is a fitness freak who is 5 feet 8 inches tall and weighs around 65 Kg.

In addition, Sam has a couple of brown eyes and black curly hair.

Also, on Twitter and Instagram, she is followed by more than 14.6K followers and 151K followers respectively.

Additionally, there is a Facebook page under her name garnering around 6.4K followers that might have been created by her fans.