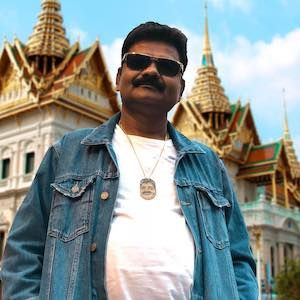 Just Sul is a married man. He has two children. He has not revealed anything about his wife, children, and relationship.

Who is Just Sul?

Just Sul is a comedian and an Instagram star. He became famous after uploading his videos on Instagram and gained massive recognition in a short period of time. He has also worked with some popular celebrities like DJ Khaled and Tyga.

Just Sul worked as an engineer. To search for a good job he moved from India to Lusaka,  Zambia. He has been in the engineering field for 17 years. He worked with his friend’s father as an engineer.

He started his social media career when he uploaded his first video on 24 April 2015 titled ” When you don’t f**k with someone who isn’t your day 1 .“

After his video he was famous and he gathers huge fans. Then he started uploading video in his Instagram account. He has more than 259 posts in his account and has more than 3.5 million followers.

He has met with celebrities like Tyga, French Montana, Ronaldinho, and DJ Khaled. In his videos, he has made fun of  President Donald Trump, post-Malone, C .ronaldo, Lil Pump, Kanye West, and Kim Kardashian.

Salary, and Net Worth

He has a height of 5 feet and 7 inches and his body weight is 78 kg. He has black hair color and his eye color is also black. There is no information about his shoe size and dress size.

Internet comedian Just Sul-an engineer in day and a pimp at night, states his Instagram!