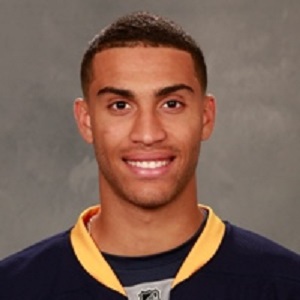 What is the relationship of Justin Bailey?

The young American ice hockey star Justin Bailey has kept his personal life private and out of the spotlight. He usually doesn’t talk about his private life in media and public. He hasn’t mentioned about his affairs publically and has managed to keep it low profile. There is no any record of his marriage and divorce till now. He has not clarified about his married life, affair, girlfriend, and spouse till the present time. He is currently focusing on his work. According to the records, he is possibly single at the present time.

Who is Justin Bailey?

Justin Bailey is an American ice hockey forward. He currently plays as a right-wing for the Buffalo Sabres of the National Hockey League (NHL). He was selected by the Buffalo Sabres in the 2nd round, 52nd overall of the 2013 NHL Entry Draft.

Justin Bailey was born on July 1, 1995, in Buffalo, New York, United States. His nationality is American but his ethnicity is Native American.

He is the son of former Buffalo Bills linebacker Carlton Bailey and Karen Buscaglia. He grew up in Williamsville, New York with his mother Karen.

Justin began his ice hockey career during the 2011-12 season with the Indiana Ice of the top junior ice hockey league called the United States Hockey League. The following year, he signed with the Kitchener Rangers of OHL. He spent three seasons with the Rangers. He was selected by the Buffalo Sabres of NHL in the 2nd round, 52nd overall of the 2013 NHL Entry Draft.

Bailey signed a three-year entry-level contract with the Sabres on November 2, 2014. Immediately after the sign, he was traded to the Rochester Americans of AHL. He was recalled to the Sabres from the American Hockey League’s Rochester Americans on February 10, 2016, and made his NHL debut on February 11. He scored his first NHL goal on January 3, 2017, against Henrik Lundqvist of the New York Rangers.

Justin Bailey: Salary and Net Worth

Justin Bailey has a height 0f 6 feet 3 inches. His body weighs 95kg. He has black hair and black eyes.