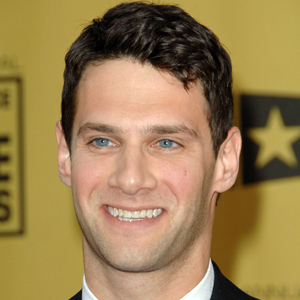 I have yet to meet a person whose favorite movie is 'Gigli', but I hope to meet them one day and give them a hug

I did theatre a lot when I was a kid. Then I went to acting school in New York. I did a lot of behind the scenes in college. I wanted to learn while I had the time. I studied theatre and film in different capacities

It is good to get an all round experience especially when you have never been on a movie set.

Reflecting on a personal life of Justin Bartha, he is a married man. He is married to personal fitness trainer Lia Smith on 4 January 2014 in Oahu, Hawaii. On 13 April 2014, the couple has been blessed with one daughter Asa Charlotte.

Previously, he was in a romantic relationship with Stephanie Sieber in 2005 but he soon moved on with Lydia Hearst in 2006. His relationship with Hearst didn’t last for long and they broke up in the following year. He was also engaged to actress and fashion designer Ashley Queen in 2010 but their relationship part away in different ways in 2011. There isn’t other information regarding his love life that we know of.

Who is Justin Bartha?

Tall and handsome Justin Bartha is an American actor and producer who is active in entertainment since 1998. He is best known for his appearance in films and television shows like The Hangover, National Treasure, and The New Normal.

The son of Stephen and Betty, Justin Bartha was born in Fort Lauderdale, Florida, and raised in West Bloomfield, Michigan. He was born on 21 July 1978 and named Justin Lee Bartha.

His father works as a real estate developer and his mother is a school teacher. He has one brother Jeffrey with whom he grew up with. He is of Ashkenazi Jewish ethnicity and has an American nationality.

With his acting skills, he became successful to impress the fans and critics. Then he started to appear in several movies including Tag National Treasure Trust The Man, and much more. His career took on a successful path when he appeared in The Hangover trilogy portraying the character of Doug Billings for which he was nominated for Best Cast Ensemble in the Awards Circuit Community Awards.

He also appeared in the television show Strip Search in the year of 2004. He has successfully spread his wings equally at ease in both media. His career path in the television sector has blossom appearing in several series as the main cast including in Teachers, The New Normal, and Cooper Barrett’s Guide to Surviving Life.

He wrote, produced, and starred in his own MTV pilot called The Dustin and Justin Show. In 2009, he appeared portraying the character of Jack as well as an executive producer in the movie Jusquatoi.

Bartha has also appeared in numerous theater shows including Lend Me a Tenor, All New People, Asuncion, The Sunshine Boys, and Permission. He is currently engaged in acting as the main cast of Colin Morello in the television show The Good Fight. His success in his career path has paid him well financially making his net worth estimated to be $22 million.

He was criticized for selling his Hollywood Hills bachelor pad for more than its asking price.

English has a height of 5 feet 8 inches and weighs 69 kg. His hair color is dark brown and his eye color is blue. His shoe size is unknown.