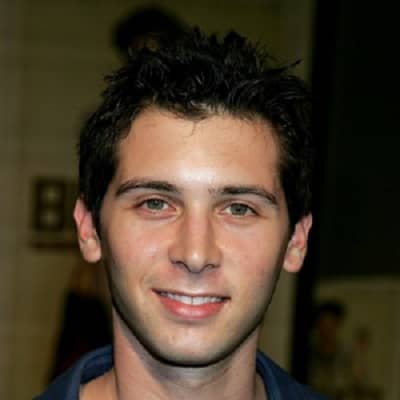 Being in front of the camera, you never got to see the whole process from the conception of the script all the way through to the filming process.

Moving towards his relationship status, he is a married man. His wife’s name is Liza Berfield.

The couple has tied their vow in front of their family, friends, relatives, and other guests.

Apart from that, the duo is blessed with a daughter but he has not revealed any information regarding their child’s details.

Justin Berfield is an American actor, producer, and writer. Further, he has garnered fame after portraying Malcolm’s dimwitted older brother, Reese on the family sitcom Malcolm in the Middle.

In addition, he was a Chief Creative Officer of Virgin Produced.

He was born Justin Tyler Berfield on February 25, 1986, in Agoura Hills, California, U.S. His birth sign is Pisces.

Similarly, his ethnicity is Jewish, and holds American nationality.

Talking about his parents, his father’s name is Eric “Rick” Berfield who was a real estate agent, and his mother was a teacher named Gail Berfield. He was raised with his older brother Lorne.

Focusing on her academic qualifications, she has not disclosed anything regarding her educational background.

Primarily, he appears in a Folgers coffee commercial at the age of five. After that, he went to appear in 20 other broadcast American commercials as a young child. Firstly, his TV debut came in the short-lived series The Good Life (1994).

His first TV role was as Ross Malloy in Unhappily Ever After (1994-1995). Likewise, he rises to stardom in international prominence with his role on January 9, 2000, when Linwood Boomer. Justin has appeared in all 151 episodes of the series Malcolm in the Middle. He recorded the 100th episode of two different TV series.

Besides that, he concentrated on production work, although he made a one-off appearance in the series Sons of Tucson in 2010.

Furthermore, he has participated in Ronald McDonald House Charities and served as a National Youth Ambassador. Later, he has been active with St. Jude Children’s Research Hospital and most recently  Virgin Unite, the charitable arm of Virgin Group.

Justin has an estimated net worth of $10 million. He is making a good sum of money throughout his career.

This actor stands at a good height of around 5 feet 8 inches and her body weight is of 74Kg.

His hair color is brown and has hazel brown eyes.