Updated On October 12, 2022 | Published By: Prern Muir | In controversy , Legal
Share this 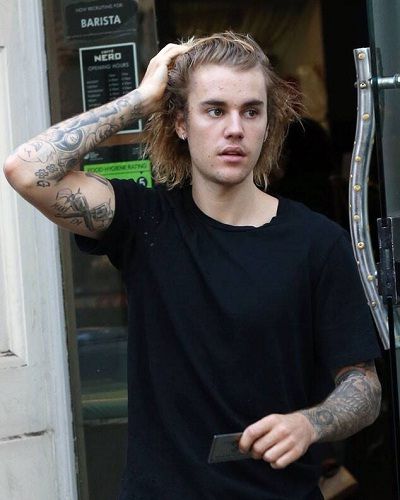 And the Baby singer is referring to the migrant children on the US-Mexico border as the sources say that they do not have the facilities of basics like blankets, toothbrushes, and soap.

I want my friend out.. I appreciate you trying to help him. But while your at it @realDonaldTrump can you also let those kids out of cages?

Late Friday, singer Justin Bieber said on Twitter that he was glad about the liberty of American rapper A$AP from the Swedish police by the help of President Trump.

Now that Trump helped him the singer asked Trump to also free those kids who are behind the cages in US-Mexico border.

The singer was trying to drag his attention toward that case which included that many children and families were held in squalid and sweltering conditions. Many people were stuck in the migration detention centers at the border of Mexico.

“I want my friend out. I appreciate you trying to help him. But while your at it Donald Trump can you also let those kids out of cages?”

You may also read Is singer Justin Bieber unhappy in his nine-month-old marriage with model Hailey Baldwin?

The American rapper A$AP Rocky had been held by Stockholm police since 2 July, facing serious accusations of assaults. The Swedish police then ruled saying that he should remain in custody for another week while the investigations were going on.

The former President Trump tried to the Swedish Department about his case and to go easy on him.

The rapper’s congressman, the New York Democrat Adriano Espaillat, said he had seen the tape of the incident which led to the rapper’s imprisonment.

“So a few drug addicts are not my fans. We don’t know these guys and we didn’t want trouble. They followed us for blocks and they were slapping girls’ butts who passed.”

After the Canadian singer tweeted about freeing the children from US-Mexico, Trump has not yet replied but said that on Saturday morning he had spoken with Sweden Prime Minister Stefan Löfven to discuss A$AP Rocky’s case.

“assured me that American citizen A$AP Rocky will be treated fairly. Likewise, I assured him that A$AP was not a flight risk and offered to personally vouch for his bail or an alternative.”

We hope that President Donald Trump takes the matter seriously and takes care of the migrants.

Justin Drew Bieber is a Canadian singer, songwriter, actor, and rapper. He was born on 1 March 1994. Beiber has won numerous awards throughout his career for Artist of the Year and Best Dance Recording and many more. He is also listed as the Most Powerful Singer. More bio…