Justin Bieber confirms his wedding to Hailey Baldwin and says that he is a married man! 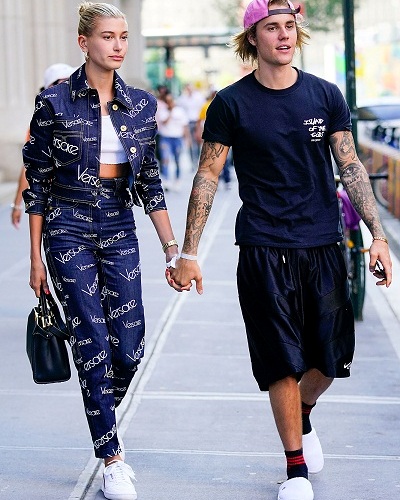 The famous Canadian singer Justin Bieber has confirmed on his social media that he has secretly married his fiancee Hailey Baldwin.

Justin Bieber and his secret marriage

Justin Bieber was the most eligible bachelor of the music industry. But not anymore since he is now a married man. Justin revealed on his Instagram that he has secretly married his Lady love, Hailey Baldwin.

On his Thanksgiving post, he wrote ‘married man’. He uploaded the photo of a snowy woodland on his Instagram and wrote:

“Relationships are hard and love isn’t always easy but thank you Jesus for showing me how! Every day is a learning process, trying to be more like him, patient, kind, selfless, boy I got a long way! But gods grace is sufficient !”

The earlier reports of their marriage

It was reported earlier that the singer has secretly wedded model Hailey Baldwin who is the daughter of actor Stephen Baldwin in a secret ceremony this September.

Neither Justin, 27 nor his now-wife Hailey Baldwin, 25 had confirmed the news of their marriage until now. It was indirectly hinted by Hailey when in the early part of this month she, changed her name on her Instagram to Hailey Bieber.

The details of their marriage

The couple has a secret wedding hence not much has been disclosed on it. But there are some reliable reports which have said that the wedding was held in a New York courthouse in September but Hailey had said that she is not married at that time.

The couple was engaged in July 2018. At that time, Justin had written:

“Hailey I am soooo in love with everything about you!
So committed to spending my life getting to know every single part of you loving you patiently and kindly.
My heart is COMPLETELY and FULLY YOURS and I will ALWAYS put you first! You are the love of my life Hailey Baldwin and I wouldn’t want to spend it with anybody else. You make me so much better and we compliment each other so well!!”

Hailey Baldwin is an American model and actress. She is mainly known as the daughter of actor Stephen Baldwin. She is extremely prominent for Saturday Night Live (2009) and “Entertainment Tonight” (2016). She has made a recognizable position in the American entertainment field and has earned more fame and fans. More Bio…

Elaine Paige talks on her past treated breast cancer and her current constant fears of its comeback!
Tags : Baby Singer Songwriter