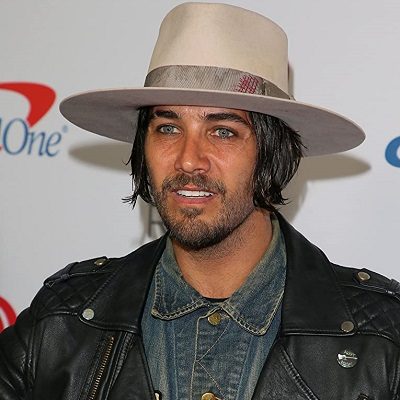 Prior to that, he was in an on and off relationship with Audrina Patridge. They first met when he was associated with the band, Maroon 5 as a hairdresser. He started dating in 2005 that ended in 2009.

After that, for a while, he was in a relationship with Kristin Cavallari too.

As of now, he is focused on his career as a musician.

Who is Justin Brescia?

American Justin Brescia is a TV personality and hairdresser. He is renowned for his appearance in the TV series, The Hills.

He is also a member of the Texas-based band, BobbyrocK.

Last, in 2019, he appeared in the TV series, The Hills: New Beginnings.

Justin Brescia was born as Justin Robert Brescia on the 11th of March 1982 in Orange County, California, U.S. He is of Italian ethnicity.

As of now, he has not shared any details of his mother, father, and education.

Justin Brescia first came in the limelight when he appeared in the TV series, The Hills. In the reality-based show, he shared the screen with the fellow contestants including Audrina Patridge, Heidi Montag, and Frankie Delgado. Altogether, he featured 49 episodes in the series.

Prior to that, he was working with the band, Maroon 5 as a hairdresser of the band. Moving forwards, in 2012, he launched his hairline products, BRUSH. The products are listed in the amazon.com as a non-toxic and vegan product.

Later, in 2019, he featured the spin-off show, The Hills: New Beginnings as the main cast. After that, he launched the album, BobbyrocK.

Through his career as a hairdresser and music artist, he has made a net worth of $500k. His earnings as a vocalist are in the range of $21k to $210k.

Also, as a hairdresser, his makes in the range of $18k to $64k including commission and bonus. Apart from that, he also earns through his TV appearances that range from $19k to $208k.

However, his name was dragged by Spencer Pratt. Spencer told a controversial statement during the Q&A section with Cosmopolitan magazine.

In the section, he told that Kirra Max is not the daughter of Corey Bohan. Also, he added that how can they know that she is not Justin’s daughter. That created quite a buzz in the media. Later, Pratt was slammed by Corey for the statement.

Justin Brescia has Blue eyes with straight long black hair. His height is 5 feet 9 inches and has a decent weight.

Audrina Patridge goes on a beach getaway with daughter Kirra, 3 after getting a restraining order against Australian ex-husband Corey Bohan