Justin Chon is an American actor as well as a director. He is married to  Sasha Egorova. He and his wife are now blessed with a child.

Justin Chon at the present time is a married man. He exchanged vows with Sasha Egorova in Oct 2014.

But their wedding details are not disclosed. They started to romance in the year 2013 and after a year they decided to live their lives together.

He and his wife are now blessed with a child. They welcomed their kid in December 2017. 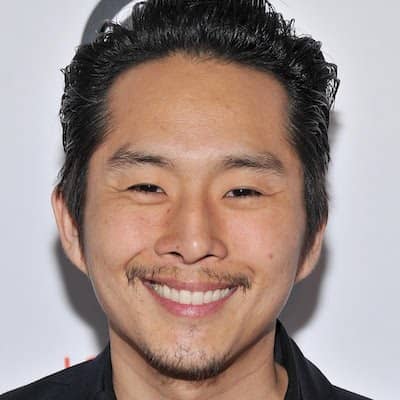 When you love something, you're gonna be the best at it.

As an actor, you can play different age ranges and different ethnicities.

Who is Justin Chon?

Justin Chon is an American actor as well as a director. He is popular for showing acting in Gook (2017), Ms. Purple (2019), The Twilight Saga, etc.

Recently in 2021, he was seen in a TV show The Casagrandes as Yoon Kwan. Further, Justin also has a YouTube channel that has more than 209k subscribers.

His birthdate is 29 May 1981 and he was born in Garden Grove, California, the US as Justin Jitae Chon. The name of his mother is Kyung Chon and his father’s identity is Sang Chon.

Further, Justin’s ancestry is Asian and as per her academics, he first enrolled at the University High School.

Then he graduated from the University of Southern California (USC) with a degree in business. Moreover, he was in Seoul to study at Yonsei University.

Justin Chon started his acting journey in the year 2005 and is still active. His first project was a TV project titled Jack & Bobby. He was seen as Greek Chorus for an episode.

His other hit TV series are,

Further, this actor is also known for his movies. His amazing appearances can be seen in films like,

By the 2022’s records, he has an estimated net worth of around $5 million. However, his per-year salary is under the rug.

In addition, he co-owns a clothing store named Attic.

This The Twilight Saga actor is keeping himself away from scandals as well as rumors. But in his former days, he has to suffer lots of racism.

Justin Chon’s height is 5 ft 5 inches and his body weight is 65 kg. Adding more, he has dark brown eyes and has hair in black color.