Justin Duggar is an American television personality. He is best known for his appearance in 19 Kids and Counting. He is now engaged. 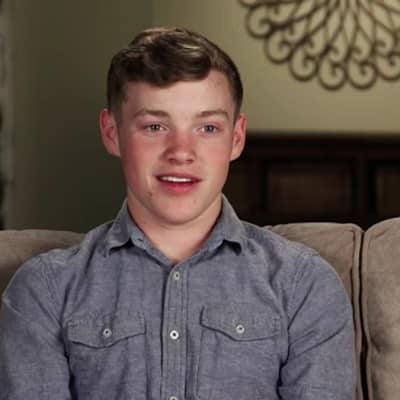 Justin Duggar is in a relationship with Claire Spivey. However, not many details are known about their affairs.

But recently, he and his girlfriend have exchanged rings.

Who is Justin Duggar?

Justin Duggar is an American television personality. He is best known for his appearance in 19 Kids and Counting.

This personality was born on 15 November 2002, in the United States with a birth name Justin Samuel Duggar. His father’s name is Jim Bob, and his mother’s name is Michelle.

As per academics, he is currently in high school. He belongs to French-Irish descent.

Justin Duggar came to the limelight as the fourteenth child of the Duggar family. His father and mother have altogether 19 children. This family has been featured on TLC documentaries and Discovery health.

Earlier, they caught public attention after appearing on TLC’s reality show ‘Counting On‘. This show has a total of 11 seasons. His parents made their television debut in 2004 with 14 Children and Pregnant.

Due to the large family, Justin’s family has appeared on various national and international shows like The Today Show, The Early Show, Fox&Friends, KBS, Jimmy Kimmel Live, Italian Public Television. Similarly, they also appeared on Discovery Home&Health, CNN, MSNBC, The View, Fox News Network, and so on.

Duggar’s also made their appearances on several magazines and newspapers like Dallas Morning News, New York Times, Parents, Chicago Tribune, and many more.

Justin and his family gave interviews with radio talk shows around the world. Their works include on AP Radio, CBS Radio, NPR, and FOX Radio.

Recently, they completed their first book ‘Duggars: 20 and Counting!’. Justin is an active participant in Bill Gothard’s Institute for Basic Life Principles.

His first family television special 14 Children and Pregnant Again!, aired on Discovery Health Channel, when he was only one year old in 2004. He wanted to be a mechanic in the future.

Duggar family makes an estimated amount of $1 million per season for Counting On. Meanwhile, according to some sources, this family has an estimated net worth of $3.5 million.

There is no rumor and scandal about Justin. Meanwhile, this TV personality has managed to keep himself out of any controversy and rumor. He is doing well in his career.

This TV star has a decent height and weight. Likely, he has blonde hair and blue eyes.