Justin Hakuta is a Filipino-Japenese entrepreneur who is a Vice President of a multimillion tech company called GoodRx. 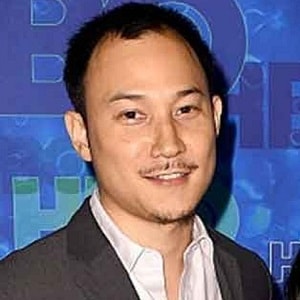 Justin Hakuta has been married to Ali Wong on November 27, 2014. They first met at a wedding ceremony and started their dating life.

They were seen together traveling to different places. They have welcomed two children, Mari Hakuta(named after essayist Marie Kondo) in November 2015 and their second child in January 2018.

Who is Justin Hakuta?

Justin Hakuta is a Filipino-Japenese entrepreneur and he is known as a Vice President of a multimillion tech company called GoodRx. He worked as a Sales and Marketing Associate, Research Analyst, and Product Manager.

He holds American citizenship and his ethnicity is a mix of Filipino and Japanese.

Justin Hakuta joined Sidwell Friends School in Washington, D.C., and achieved his degree in Bachelor of Arts from Carnegie Mellon University. He achieved his master’s degree from Harvard Business School.

Justin Hakuta is the vice president of ‘GoodRx’ which is a multi-million dollar tech company. He worked as a Research Analyst for the Center for Court Innovation and as a Sales & Marketing Associate for Honest Tea in New York for 2 years.

Justin co-founded and worked as a product leader for Aviara for four years, where he managed a team of 10 contract designers and engineers to launch and develop technology platforms. He also worked for Cargomatic inc. and DIRECTV.

He’s worked as a product manager at Cargomatic and GoodRx and as a product strategies & UX Lead at DIRECTV Digital Innovation Lab. For 3 years, he served as the vice president of Young Alumni at Harvard Business School for 3 years. He worked for community engagement efforts while working as a VP.

Justin Hakuta has an estimated net worth of $1.2 million according to the sources. His main source of income is from his professional career.

Justin Hakuta has a height of 5 ft. 8 inches and he weighs 60 kg. He has got black hair and black eyes. Other information about his dress size, shoe size, etc. is unknown.