Justin Hartley was starred in 'This Is Us.' He is married to Sofia. They made their red carpet debut as a married couple at the 2021 MTV Movie & TV Awards

Justin Hartley and Sofia Pernas are married in May 2021. The couple walked down the aisle in a low-key ceremony.

Justin Hartley’s relationship status is dating. He is seeing his co-star Sofia Pernas. On 28 May 2020, Justin was seen kissing Sofia.

Previously, he was married to Chrishell Stause. Justin and Chrishell started going out in 2014. After dating for around two years, Justin got down on his knee and proposed to Chrishell in July 2016.

They were engaged in the same month and married each other on 28th October 2017. However, two years later in November 2019, Justin and Chrishell filed for divorce.

Previously, Justin Hartley was dating actress Lindsay Hartley while working on a TV show together. After dating for almost six months, they got engaged in November 2003.

Justin and Lindsay got married in a small family wedding in May 2004. She gave birth to a daughter Isabella in July 2004.

After eight years of marriage, Lindsay filed for divorce in May 2012 due to irreconcilable differences. They shared joint physical and legal custody of their daughter. 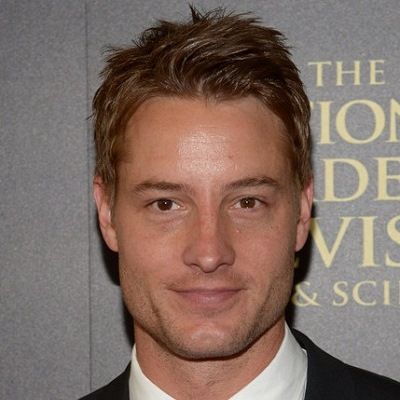 I don't have a gardener because I enjoy pulling weeds. It's hard to explain but there is something fulfilling about pulling out a weed and knowing that you got all the roots.

One of the things I wanted to do was direct. There've been a couple of times that a director will walk up and say something to me, and all it does is make me mad. Inside I'll go, 'Well, that wasn't helpful at all.'

I'm so pumped about joining 'Y&

R' - I watch it all the time and can't wait to get in there and get my hands dirty!

Who is Justin Hartley?

Justin acted in TV series like Oliver Queen/Green Arrow on The CW, Passions, and Smallville.

Justin Hartley was born Justin Scott Hartley on January 29, 1977, in Knoxville, Illinois, the United States. He is an Aquarius.

Justin attended Carl Sandburg High School, Orland Park, Illinois. He then studied at Southern Illinois University Carbondale and the University of Illinois at Chicago where he majored in history and theater.

He starred as Tom in the film Red Canyon, filmed in the badlands of Utah in the year 2008.

Hartley had been cast in a series regular role on the NBC drama series This Is Us in the year 2016.

Hartley starred opposite Mamie Gummer in The CW comedy-drama Emily Owens, M.D., but the show was canceled after one season.

He also guest-starred on Chuck, Castle, and Hart of Dixie, and from 2013- 2014, and had a recurring role as Victoria Grayson’s illegitimate son, Patrick Osbourne, on the ABC primetime soap opera Revenge.

Hartley landed the lead role of Tim opposite Anna Camp in the ABC comedy pilot Damaged Goods, in February 2014, but the show was never picked up.

Justin was cast in a recurring role in the second season of the ABC drama series Mistresses as plastic surgeon Scott Thompson, in March 2014.

Hatley was in the character of Adam Newman on the CBS daytime soap opera The Young and the Restless until September 2016.

Justin won Lead Actor – Daytime Drama for The Young and the Restless at Gold Derby TV Award in 2015. He won Outstanding Performance by an Ensemble in a Drama Series for This Is Us at Guild Awards.

Recently, Justin is defended by her ex-girlfriend as he has a rough separation from Chrishell.

Justin Hartley and Sofia Pernas are ‘husband-wife’! When did they marry?