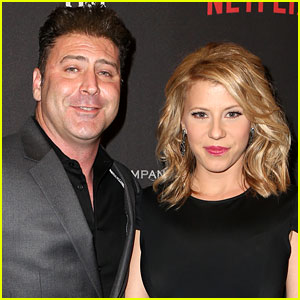 Previously, he was in an engagement relation with Jodie Sweetin. They started to date each other in 2013 and exchanged rings in January 2016.

They called their relationship off in the year 2017.

Justin has a little daughter named Tatum Breanna from his past relationship.

Who is Justin Hodak?

He was born on March 17, 1977, in Los Angeles, California, USA. His ethnicity is Caucasian.

Identities about his father, mother, education, and siblings are not disclosed.

Justin as a producer has produced 2020 movie Twilight: The Story of Hope. Then in the year 2007, he worked as an assistant cameraman for What Love Is?

He was also a production assistant for a Drama of 2018, Crocodile Smile.

The estimated net worth of Justin’s is around $500 thousand.

Justin in 2017 was sentenced for six years and eight months of jail. The charges were of possession of a deadly weapon and of falsifying evidence.

He and his fiancee Jodie argued after calling the engagement in March 2016. At that time, Justin threatened Jodie to commit suicide and he has also consumed alcohol and marijuana.

As per the police, Justin has a firearm so they arrested him and released protective order for Jodie. But Justin violated this restraining order and was again got arrested.

Justin Hodak’s height and weight are unknown. His hair is in dark brown color and eye color is brown.