Writer-composer Justin Hurwitz is low-key about his romantic life. 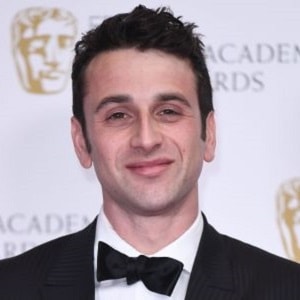 Justin Hurwitz doesn’t open his personal information and relationship in the media, which indicates his secretive nature.

He might be single till now or even if he is dating someone, he has not revealed any information about his love interest. We can say that he is currently focusing on his career and he is enjoying his single life.

Who is Justin Hurwitz?

Justin Hurwitz is an American film composer and a television writer. His birth name is Justin Gabriel Hurwitz. He became famous after scoring the film ‘La La land’ in 2016. He has won Golden Globe Award and BAFTA Award for Best Film Music.

He was born on January 22, 1985, in Los Angeles Country, California, USA. He is 36 years old. His father’s name is Ken Hurwitz and his mother’s name is Gail Hurwitz.

His father is a writer and his mother is a professional ballet dancer and later registered nurse. There is no information about his siblings.

He attended Nicolet High School after his family moved to Wisconsin in 1998. Then, he joined Harvard University, where he has roommate director Damien Chazelle.

He along with his University roommate Chazelle collaborated on a student film ‘Guy and Madeline on a Park Beach’ and it was released in 2009. After college, they moved to L.A. where Hurwitz wrote comedy for the sitcom ‘The League’ and one episode of ‘The Simpsons’.

They also became successful on ‘Guy and Madeline’ and they were able to obtain financing for their next collaboration, ‘Whiplash’, in which Hurwitz has done scoring and written and directed by Chazelle in 2014. That movie became successful in collecting three Oscars.

He scored La La Land in 2016, where he became so famous that he collected to Oscars for Best Original Score and Best Original Song and his friend, Chazelle, won Oscar for Best Director for the same movie.

He has also won Grammy Awards in the category of Best Compilation Soundtrack for Visual Media for the movie ‘La La Land’ in 2018 and many more.

Justin has a net worth of $10 million verified by his sources. He has earned a good amount of net worth from his career. He is a successful composer in the industry.

He keeps his personal information to himself only however, there was a rumor that he was in a relationship with several popular faces who belongs to the entertainment fraternity. But, there is not much information about it.

He has a height of 5 ft 10 inches. He has black hair and light brown eyes. His weight measurement and other body information are unavailable.