Justin Jedlica is an American TV personality who is famous for Cosmetic procedures. He is possibly single.

Is Justin Jedlica still in a polyamorous relationship?

According to the 7NEWS, he was in a polyamorous relationship with his Australian partners named Jayson McNaughtor and Stephen Walden. Until 2020 they were in a throuple.

As per Wiki, After dating for 5 years he married a successful businessman. But his name is not mentioned. Unfortunately, they got divorced after 2 years of marriage. 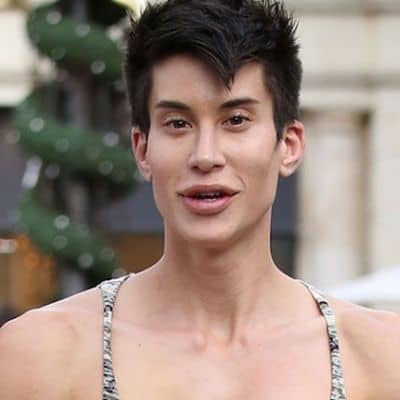 He has gained popularity for drastically changing his own appearance through multiple plastics surgeries. Justin almost spent $1million on cosmetic surgery.

Jedlica is 41 years old and was born on August 11, 1980, in Poughkeepsie, New York. Jedlica spends his childhood in a Roman Catholic family of Slovak background. His mother’s name is Tanya Marsik and his father’s name is Evan Jedlica.

Evan Jedlica’s father was a very strict person and he sometimes got extremely angry. His father used to hit them along with his mother. They are strictly punished when they break the household rules. When Jedlica turned 18 his parents officially divorced.

Justin Jedlic studied at Apex High School. Besides that, there is no more information about his education

At the age of 17, Jedlica started his career. He does not like sports instead of that he plucked his eyebrows and has long hair. Gradually, he began to research his first cosmetic procedure.

Unfortunately, his parents did not approve of cosmetic enhancement. His parents were against him and never supports him. He was forced to wait until he could legally make the choice for himself. After that, he was inspired by watching Lifestyles of the Rich and Famous as a teen.

Jedlica underwent his first cosmetic procedure to construct his nose. Jedlica become more famous and rich as he grew up. He watched the likes of Michael Jackson, Joan Rivers, Elvis Presley, and Andy Warhol and became more inspired.

He moved into the new house in North Carolina by living with his own money. Jedlica used to dress up like Girls. Then he owned a company that provided Faux paint finishes for interior designers. Additionally, he has appeared in several other TV shows, Including ‘ My strange Additionally, Oprah: Where Are They Now, Botched, and Million Dollar Matchmaker. Currently, he works as a part-time plastic surgery consultant.

Justin Jedlica: Net worth and salary

As of 2022, Jedlica’s Net worth is approximately $7 million – $8million and his annual salary is $600 annually. Including his Car, Houses, and all his assets.

Justin Jedlica is gay. He is 6 feet 2 inches. His weight is 164 lbs and he has a big lip. His white skin tone defines his personality. He has brown eyes and black hair.Jedlica has no facial hair .