Lawyer-activist Justin Mikita is married and a father of one. 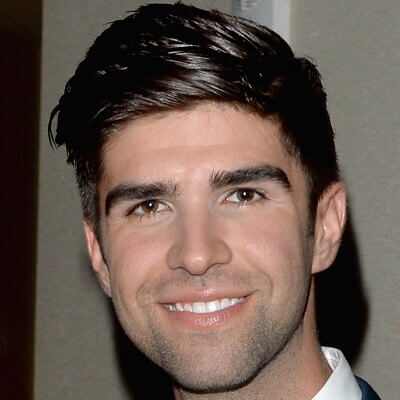 Justin Mikita is a married man. He has been married to Modern family actress, Jesse Tyler Ferguson since July 20, 2013. They married after 2 years of dating. The couple’s happy marriage has set an example and has shown the world that gay marriages are perfectly normal.

The couple recently welcomed their first child, a son named Beckett Mercerin July 2020. Information on his previous relationships and exes has been kept private by Justin until now.

Who is Justin Mikita?

Justin Mikita is an American lawyer, social activist, and actor. He is popular for his marriage with Modern Family star Jesse Tyler Ferguson.

Mikita is famous for being open about his sexuality and he has produced several documentaries highlighting the struggles of the LGBTQ community.

Information on his parents’ names or possible siblings is not available as of now. However, Mikita has expressed gratitude for his accepting and supportive parents many times.

He had a very difficult childhood as he has diagnosed with Hodgkin’s lymphoma a rare type of cancer at the young age of 12. Luckily he was able to beat cancer into remission after battling it for 2 years. His ethnicity is Caucasian.

Justin earned his bachelor’s degree in 2007 from the University of California. Any schools attended by him before university have not been revealed by him as of yet.

Justin Mikita first came into the media in 2000, for his role in the movie Can’t Be Heaven. Since then he has appeared in a handful of documentaries such as 8 and has appeared on TV on several occasions thanks to his marriage to Jesse Tyler Ferguson and for his role as a social activist for the LGBT community.

As an LGBTQ activist, he played a role in overturning Proposition 8, which banned same-sex marriages in the state of California, through a number of campaigns and protests against the Proposition along with many others.

He is also the co-owner of Tie the Knot, a non-profit business established with the goal of helping the LGBT community, and Thread experiment, the first-ever home bedding dedicated to men.

Aside from all this he also works as a lawyer and has produced several documentaries such as Welcome to Chechnya and Island Queen.

Mikita is an executive producer along with his husband on Stonewall Forever, a documentary that focuses on the fight for LGBT rights in 1969, an era when gay rights were non-existent.

As of 2020, Justin Mikita has an estimated net worth of approximately $2 million. He accumulated all this through his job as a lawyer, actor, and producer.

He has not revealed his annual salary as of yet. For reference, the median salary of a lawyer in the U.S. is $120k annually.

Aside from a few rumors over the years, Justin has not been involved in any major controversies until now. Justin’s biggest rumors came in 2015 when his car struck a motorcyclist, who died due to injuries sustained in the crash.

However, charges against Justin were not pressed as the motorcyclist was found to be partially at fault for speeding.

Mikita released a statement following the accident, stating that the accident was a horrible tragedy and that he would not reveal details on the accident out of respect for the family and the process.

Justin stands at a height of approximately 5 feet 8 inches and weighs around 74 kilograms. He has short black hair and brown eyes.

You may also like to read more about the Bio, Career, Net Worth, Relationships, and more about Jesse Tyler Ferguson, Hope Hicks, Rachael Ray, and more.