Posted by MarriedBiography Posted on November 26, 2020 | In Child , Married , Net Worth
Share this 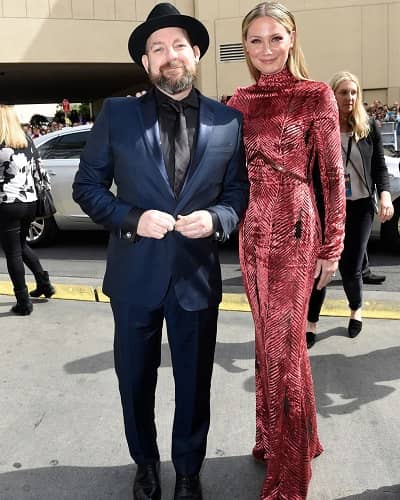 Jennifer Nettles is an American singer, record producer, and actress known for being the lead vocalist of Sugarland. Sugarland is an American country music duo. The members of the group are Kristian Bush. She married Justin Miller in 2011.

Jennifer Nettles and Justin Miller walked down the aisle on 26th November 2011 in East Tennessee. They have been married for 9 years.

Their ceremony was a private ceremony at a chapel nestled in the foothills of the Smoky Mountains. Their wedding was attended by bandmate Kristian Bush and his other close family members.

Jennifer and Justin dated for more than 2 years before getting married. Likewise, he was on the music video of Sugarland titled Want To in the year 2006. It was when the two met each other. He had played the role of the handsome lover. At the time Jennifer was married to Todd Van Sickle so they did not date until 2009.

But they could not go on the honeymoon as Jennifer had to perform on Grammy Nomination Concert Live with Lady Gaga. They became parents for the first time on 6th December 2012 after their son Magnus Hamilton Miller was born. On 16th September 2019, Nettles shared a photoshoot with her son.

“Had the pleasure of sitting for @leeclower yesterday, along with my sweet Mags, my dear friend @meredithkrollins and her amazing boy Wally. Lee is raising awareness for @solvingkidscancer Go check them out, grab some gold shoe laces from their site, and support research to eradicate this awful disease in the lives of precious children.”

How much is the net worth of Jennifer Nettles?

In the year 2003, Jennifer’s band won the grand prize of $100,000. Jennifer has released her albums That Girl, Playing with Fire, and To Celebrate Christmas. Her solo singles are That Girl, Me Without You, Unlove You, Hey Heartbreak, and I Can Do Hard Things. She has a house in Dahlonega, Georgia. She and her former husband bought the house in 2006 for $630k.

Jennifer Nettles has around $356k followers on her Instagram. She has made more than 1.2k posts. She posts about her music videos and attending different events. Her Facebook account has 978.3k followers. She created her Facebook page on 3rd April 2013.

Likewise, Nettles has around 350k followers on her Twitter account which she created in January 2011. Her son features on her social media mostly.