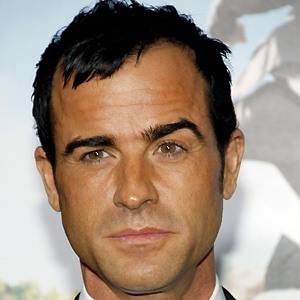 If you're satirizing something, you're hitting at something that's real and true, and putting it on its head, and we did that with 'Tropic Thunder.'

If you chase fame, you make bad choices. Being famous isn't interesting.

What is the relationship of Justin Theroux?

Previously, he was married to the famous American actress Jennifer Aniston. The couple began dating each other in 2011, after working together on the film Wanderlust.

After a year of their affair, the couple got engaged in August 2012 and got married on August 5, 2015. However, the couple divorced in 2017 after two and a half years of a marital affair.

According to them, it was a mutual decision to uncouple and maintain a friendship.

Before getting married to Jennifer, Justin was in a relationship with the American costume designer Heidi Bivens for almost 14 years.

The couple dated each other from 1997 until 2011. There are no other records of his past and present relationships.

Justin does not have any children.

Who is Justin Theroux?

Justin Theroux is an American actor and screenwriter. He is best known for his prominent roles in the films American Psycho, Mulholland Dr., and Inland Empire.

He is also known as a screenwriter for films such as Tropic Thunder, Iron Man 2, Rock of Ages, and Zoolander 2.

Justin Theroux was born Justin Paul Theroux on 10 August 1971, in Washington, District of Columbia, USA. He is 50 years old.

His nationality is American and he is of French-Canadian, Italian, English, and Dutch ethnicity.

He is the son of Eugene Theroux and Phyllis Grissim-Theroux. His mother is a journalist and author who worked for The Washington Post and his father is a lawyer at Baker & McKenzie in Washington.

He has two siblings named Elizabeth Theroux and Sebastian Theroux.

After that, he went to Annunciation School. He graduated from Bennington College in 1993 with a B.A. in visual arts and drama.

Justin first started acting while in high school at the Buxton School, in Williamstown, Massachusetts. He made his film debut in 1996 in the film Shot Andy Warhol.

Since then, he has performed both on Broadway and numerous off-Broadway productions.

In 2006, he directed his first film, Dedication, which premiered at the 2007 Sundance Film Festival. He wrote the screenplay for the 2010 film Iron Man 2.

In June 2013, Theroux was cast as the lead character in HBO’s TV pilot The Leftovers.

He co-wrote the sequel Zoolander 2 (2016) and played the role of Evil DJ in the film. He currently portrays Kevin Garvey in the TV series The Leftovers (2014-present).

Justin is not on good terms with his downstairs neighbors. He was sent a legal notice by them for an argument.

Justin has an athletic height of 5 feet 9.5 inches and weighs 72 kg.

His hair color is black and his eye color is hazel. His chest, biceps, and waist measurement is 43-15.5-32 inches.

Justin is active in social media.

Favorite foods of celebs on their cheat day! What’s your favorite cheat meal?