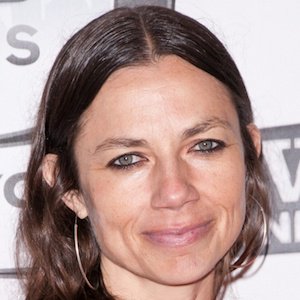 I like to go dancing, have a few beers. I like being alone, too. I have days where it's 'God, get me a shot of tequila.'

I'm not saying I'm ungrateful for fame at all. I'm just saying it's a crazy emotional experience.

I'm going to be in another city when my kids are teenagers. I'll be like, 'Give me a call when you're done with all that.'

Justine Bateman is a married woman. She has been married to Mark Fluent since January 2001. The couple has welcomed two children: Duke Kenneth Fluent on June 18, 2002, and Gianetta Fluent in January 2004. The couple is often seen in public places and they are spending quality time with each other.

She was previously involved with Leif Garrett from 1988 to 1990. Further information about their relationship is unknown.

Who is Justine Bateman?

Justine Bateman is an American actress, writer, director,  and producer who is best known for her performances in ‘Family Ties’, ‘Men Behaving Badly’, ‘Desperate Housewives’, ‘Californication’, and ‘The TV Set’.

She was born on February 19, 1966, in Rye, New York,  USA. Her birth name is Justine Tanya Bateman and she is currently 53 years old. Her father’s name is Kent Bateman (director, writer) and her mother’s name is Victoria Elizabeth (flight attendant). Justine’s father is a movie producer and director and her mother is a former flight attendant for Pan Am. She has got a brother named Jason Bateman.

She joinedTaft High School in Woodland Hills, California but she could not attend college due to her contractual obligations with ‘Family Ties’. Later, she completed her degree from UCLA in 2016.

Justine Bateman began acting professionally from the role of superficial Mallory Keaton on the television sitcom ‘Family Ties’ in 1982. She portrayed the character until the show ended in 1989. She also hosted an episode of ‘Saturday Night Live’ during its 13th season in 1988.

She made her guest appearance on ‘Lois & Clark: The New Adventures of Superman’ as the role of Sarah/Zara in four episodes of the series. Also, she made her recurring roles in ‘Men in Trees’, Still Standing’ and ‘Desperate Housewives’.

Justine Bateman gave theatre appearances in ‘The Crucible’, ‘Speed the Plow’, and ‘Lulu’. Her wrote directorial debut from ‘Five Minutes’ and made her first script sale to Disney’s ‘Wizards of Waverly Place’. She co-produced and co-presented with Kelly Cutrone on their internet talk show ‘Wake Up and Get Real’. Also, she directed ‘Five Minutes’ and also served on the National Board f Directors of the Screen Actors Guild until July 2009.

It seems Justine has been successful in maintaining her celebrity status and has not been involved in any types of rumors and controversies in her career.

She has a height of 5ft. 6 inches and weighs 53 kg. Justine Bateman has blue eyes and dark brown hair. Her body measurement is 34-27-34 inches.