Updated On December 18, 2022 | Published By: Frank Ingram
Share this
Divorce 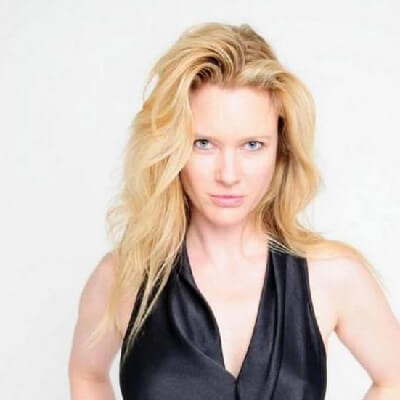 What is the relationship of Justine Musk?

She is a mother of 5 children she shares with her ex-husband Elon Musk. The couple has joint custody of their children.

Justine was married to Elon Musk in the January of 2000. They both met while studying at Queen’s University. They had a son back in 2002 but the young boy, unfortunately, died as an infant.

After 8 years together, the couple split in 2008, which was confirmed when, in September of 2008, Justine announced that the couple she and Elon were getting a divorce.

Who is Justine Musk?

Justine Musk is a famous Canadian author, known for her fantasy novel BloodAngel.

Though she is primarily recognized as the first wife of the billionaire industrialist, Elon Musk, she has managed to make a name for herself as an author as well. She also frequently offers insightful and informative TED Talks.

When did Justine Musk born?

Justine Musk was born Jennifer Justine Wilson on the 2nd of September, 1972 in Peterborough, Central Ontario, Canada. As of July 2022, she is 49 years old.

She is currently a citizen of the United States as well as Canada. As of now, Justine has not disclosed any details about her parents, possible siblings, or her childhood.

Talking about her educational background, Justine studied at Queen’s University in Canada where she graduated with a degree in English Literature. Information regarding her high school is unknown.

Justine moved to Japan after graduating and worked as an English teacher there. She also stayed in Australia for some time before moving to the U.S.

She always wanted to pursue a career as an author and had written the first draft of BloodAngel while she was still in University.

Her fantasy book BloodAngel was finally released in 2005 and received good reviews. She went on to release her second book Uninvited in 2007.

The fantasy world created in BloodAngel was very interesting and fans wanted more, which led to Justine releasing the second installment of the BloodAngel books, titled Lord of the Bones.

Aside from her work as an author, she also frequently gives informative and insightful Ted Talks.

Currently, Justine Musk has an approximate net worth of $2 million.

She made most of this from her novels and also from her divorce settlements with billionaire ex-husband Elon.

We don’t know the exact details of her annual salary. However, we do know that an average novelist in America makes around $55k annually.

After her divorce from Elon, she received $6 million for child support, $80k as monthly alimony, and 10% of Musk’s SpaceX stocks.

Justine’s divorce from Elon in 2008 sparked a lot of controversies. Justine would later explain that the break was inevitable as Elon would constantly belittle her and pressure Justine to look better for his sake and their marriage was not going well, mostly due to Elon being very obsessed with his work.

Eventually, Elon filed for divorce and Justine stated that she only kept the last name for their children.

What are the body measurements of Justine Musk?

Justine is very private regarding her personal life and as such, any accurate details of her physical attributes such as height, weight, etc are not known at the moment.

She has blonde hair and a pair of blue eyes.

Justin isn’t very active on social media. However, she does have an official account on Twitter with 20.3k followers.

We weren’t able to find her official profile on any other social media platform.

You may also like to read more about the Bio, Career, Net Worth, Body Measurements, Relationships, and more about Joel Pimentel, Christian Vazquez, Tameka Foster, and more.