Posted by MarriedBiography Posted on December 23, 2019 | In Dating , Relationship
Share this

Birthday Bash!! The reality star Jenni Farley who s better known by her stage name ‘JWoww’ celebrated birthday of the love of her life. She enjoyed the 25th birthday bash of her boyfriend Zack Carpinello.

On Saturday night, the reality star Jenn Farley celebrated the 25th birthday of Zack Carpinello with the cast of Jersey Shore Family. Farley shared a video on her Instagram from the celebration. The video also featured Vinny Guadagnino, Mike ‘The Situation’ Sorrentino and Lauren Sorrentino. The reality star captioned the video titling:

“When 24 turns 25. Celebrating at @thebutchersblocknj”

In the video, the birthday boy sat at the head of the table while others sat around him. The stunning beauty appeared in the celebration in a black scoop neck top with a jacket over the top. Her brunette hair and contoured cheekbones with lash extensions gave even more spark to her beauty.

She shared another snap from the event where her man was holding a large plate of uncooked meat. As her co-stars  Snooki and DJ Pauly D couldn’t show up, they did not forget comment to wish Zack on his special day. DJ sent his good wishes saying:

“I knew this day would come. His name is now officially changed to 25!!! Happy Bday”

Furthermore, another co-star Snooki also shared his wishes in the comments with love heart and fire emoji saying:

“WELP I LOVE YOU ALL”

You may also read- Penn Badgley Shares A Heart-Warming Tribute To Wife On Her Birthday!!

On and Off Relationship of Jenni Farley and Zack Carpinello

After a split, the duo announced their reconciliation earlier this month. Things between started taking rough turns when after one of the episodes of October. The episode showed Zack getting up and close to her co-star, Angelina Pivarnick while they were at a Las Vegas strip club.

During that time in Vegas, the reality star Farley passed out due to the alcohol. After all the rough incidents, she went up to the social media to announce their split. The heart-broken star at the time wrote:

“My heart hurts on so many levels. One thing I learned from tonight’s episode is know your value. Don’t ever lower your standards.”

Afterward, Zack apologized to both Farley and Angelina taking all the responsibility for the night.

You may also read- Tristan Thompson Gifted A Promise Ring As A Suprise To Khloe Kardashian!!

Jwoww is an American television personality and graphic designer. Farley is best known for appearing on the hit MTV reality series Jersey Shore. She is also known for her own American reality television series, Snooki & JWoww. She has also made several appearances on other shows, such as TNA Impact! Disaster Date and Marriage Boot Camp: Reality Stars. See more bio… 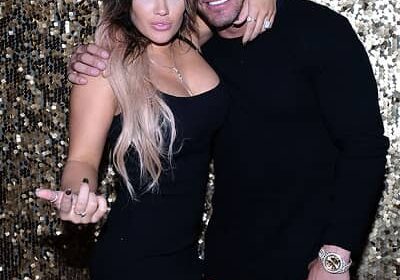 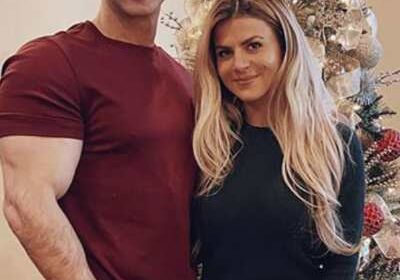