Updated On January 5, 2023 | Published By: Tony
Share this
Divorce 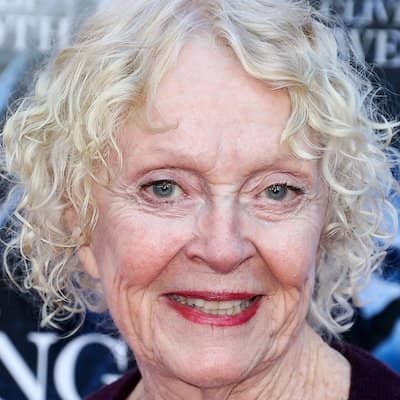 I consider acting to be a great adventure. First of all, the most adventurous part, will you be able to pay your bills and next and the best part is that it is so varied, even if you have the stomach for it, it is fun always wondering who I will work with this time, where, and what will the character be like.

What is the relationship of K Callan?

K Callan has not revealed her personal life details. She is currently possibly single and data regarding her affair is not yet published.

But in the past, she was married to James Ruskin Callan. Her ex-husband is an author and they exchanged vows on 4 June 1957.

Together they welcomed their three daughters named Jamie Callan, Kelly Callan, and Kristi Callan. But their union was ended with a divorce in 1968.

Who is K Callan?

K Callan is an actress and author of American nationality. K Callan is popular for her works in Pacific Rim: Uprising, Isn’t It Romantic, Set It Up, The Get Down, etc.

She played the mother of Superman Martha Kent in 1993’s TV series Lois & Clark: The New Adventures of Superman. Her upcoming screen projects are Sew Torn as Ms. Engel and Poker Face as Betty.

Her birthdate is 09 Jan 1936 and she was born in Dallas, Texas, the United States as Katherine Elizabeth Borman. The name of her mother and her father name is not disclosed.

Further, Callan’s ancestry is Caucasian, and as per her academics, she completed her drama studies at North Texas State University.

K Callan has appeared in many screen projects since 1962. Her first appearance was in a TV show’s Route 66 episode “Aren’t You Surprised to See Me?” as a Western Union Operator.

Her other small-screen projects where she was seen in major characters are,

As an amazing actress, she has worked in many movies too. Some of them are,

Besides acting, Callan has published several books. They are titled “How to Sell Yourself as an Actor”, “The Script is Finished, Now What do I Do?”, “Directing Your Directing Career”, and many more.

By the reports of 2023, K Callan has an estimated net worth of $2 million which she collected from her work.

The cast of Lois & Clark: The New Adventures of Superman (TV show) is keeping herself away from scandals along with desperate rumors.

K Callan’s height is of 5 ft 4 inches and her body weight is decent. Furthermore, she has blonde hair and her beautiful eyes are brown in color.