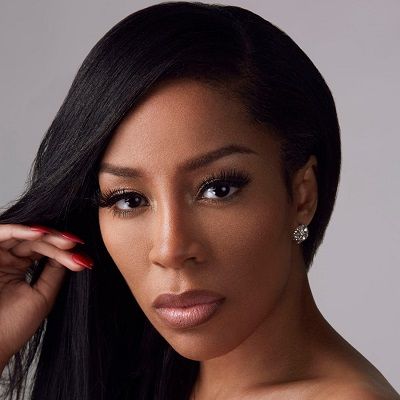 Do not make homes out of people. This will leave you homesick and sad

I don't fake my music. If I want to be known for anything it's for creating honest music. Noting is fake or will ever be fake about the lyrics and pain in my music. My music I live it.

K. Michelle’s dating history is very long. She was in a relationship with a guy named Brian while studying in university and has a child with him named Chase in September 2004.

However, after some time they split up. After that, she has dated a lot of guys. She was in a relationship with a former NFL player, Chad Johnson. Similarly, there were rumors of her affair with rapper and actor, Shad Moss.

Similarly, she was in a relationship with Mickey Wright from 20008 to 2009. In 2009, she dated Ryan Lochte and J.R. Smith. In 2013, she went out with basketball player Lance Stephenson and R. Kelly. After that, Kimberly started going out with English actor Idris Elba towards the end of 2013.

There were widespread rumors about her being involved with rapper Meek Mill while he was lending some helping hand for her album, Anybody Wanna Buy a Heart? in 2014.

Furthermore, she also had a short-lived relationship with NFL player, Chris Johnson in 2014. The same year, Michelle started dating basketball star Bobby Maze. During the course of their relationship, she even got pregnant with the player’s baby.

But in February 2015, she decided to dump him after realizing that he had lied to her about his four baby mamas and decided to abort. In the summer of 2016, she had a very short-lived relationship with NFL star, LeSean McCoy.

Currently, she was in a relationship with Kastan Sims.

Who is K. Michelle?

Kimberly Michelle Pate who is better known by her stage name K. Michelle, is an American singer, songwriter, and TV personality. She is popular all over the world for her album ‘Rebellious Soul‘.

Kimberly Michelle was born on March 4, 1985, in Memphis, Tennessee, the United States of America. She hasn’t revealed anything about her parents but her younger sister’s name is Shalah Pate.

She is of African-American nationality and is a citizen of America.

Michelle graduated from Overton High School in Memphis in 2000. Furthermore, she earned a music scholarship at Florida A&M University (FAMU).

She graduated from FAMU with honors and was accepted into several law schools but decided to follow her dreams and pursue music full-time.

K. Michelle music career began in 2008 after she signed to Jive, releasing a pair of singles ‘Self Made’ and ‘Fakin’ It’ that brushed the charts soon after. During 2010, ‘Fallin‘ and ‘I Just Can’t Do This‘ performed even better on the R&B chart, and she also featured on tracks by R. Kelly, Juicy J, and the others.

By 2012, she had signed to appear on the VH1 reality show Love & Hip Hop, and she signed a contract with Atlantic soon after. Her debut album, Rebellious Soul, was released in August 2013 and debuted at number two on the Billboard 200. Only two singles peaked outside the Top 20 of the R&B chart.

After a headlining tour, a stint opening for Robin Thicke, and a Rebellious Soul musical, directed by Idris Elba, K. Michelle starred in another VH1 series, K. Michelle: My Life. In March 2016, while it was in its second season, she released her third album, More Issues Than Vogue.

It was yet another Top Ten hit, and third consecutive R&B/Hip-Hop topper, its biggest hit, “Not a Little Bit,” was written with Kelly Price.

‘As My Life‘ wrapped up in early 2017 and she started releasing pre-album singles that led to the December release of  Kimberly: People I Used to Know.

K. Michelle has won awards and been nominated several times throughout her career. In 2013, she won the Soul Train Music Awards Best New Artist. Similarly, in 2014, she won the NAACP Image Awards Outstanding New Artist.

Michelle is one of the top singer personalities and a millionaire businesswoman. Her four albums are all hits. Her album has sold over half a million copies. In addition to this, she also performs live in front of sold-out crowds. Also, she is an actress.

Her salary is around $600,000, and her earnings by sponsorships are around $138,000. Her luxurious includes a mansion in ATL worth around $2 million. Similarly, she also owns a Porsche.

Also, she opened her own restaurant in Georgia called Puff & Petals. Her total net worth is believed to be around $10 million.

So far, this singer has not been involved in huge controversies or rumors so far.

K. Michelle weighs 63 kg and her height is around 5 feet 5 inches. Additionally, her body measurements are 35-25-40 inches.

She has brown eyes and black-colored hair.

You may also like to read about the age, bio, body measurements, net worth of Rihanna, Beyonce, and Alana Davis.

Lance Stephenson; Not Married but with daughter and son!! Lawsuit for Children!!! Know about the past relationship with K. Michelle