Ka Ho Cho is famous as the wife of the late actor Redd Foxx.

Ka Ho Cho is a widow. Earlier, he was married to late actor and comedian, Redd Foxx. They met for the first time at Bally’s Hotel and Casino in Las Vegas.

On July 8, 1991, the duo tied the wedding knot at Little Church of the West in Las Vegas followed by a reception at the Hacienda Hotel.

Sadly, Foxx passed away due to a heart attack on the set of The Royal Family (1991), just after three months of their marriage. They don’t have any children.

Ka’s late husband had been married three times before marrying her. In 1948, he married Evelyn Killebrew, his first wife. Their marriage remained for over three years and got divorced in 1951.

After five years, he married a showgirl and dancer, Betty Jean Harris in 1956. They adopted a girl named Debraca Denise. Their marriage lasted for nineteen years and ended in 1975.

Similarly, his third wife, Yun Chi Chung was a cocktail waitress with whom he got married in the year 1976. Alike, her third marriage also didn’t last and divorced in the year 1981. 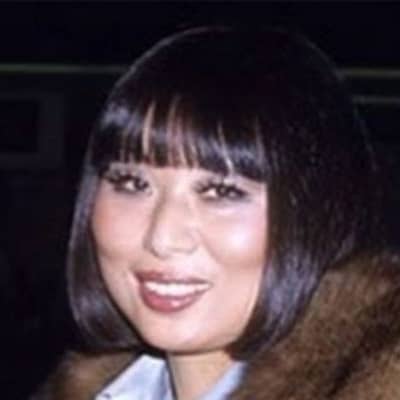 Who is Ka Ho Cho?

Ka Ho Cho is a celebrity wife. She is best known for being the fourth and last wife of late actor and stand-up comedian, Redd Foxx.

Ka was born and raised in Seoul, South Korea. Further, she keeps a quiet low-key profile. She hasn’t yet disclosed her early life, parents, and other family details in the media.

Ka’s precise profession is unknown so, it is unable to figure her net worth, salary, and other earnings at the moment.

Similarly, her husband had nothing in his will at the time of his death.

When Foxx passed away, he had a -$3.5 million debt which could be divided among his family. Similarly, Foxx’s only child, Debraca has named his estate which sparked a feud between her and her stepmother, Ka Ho Cho.

Ka also filed a case against her for misusing her father’s money and not settling his debts.

Talking about Ka’s physical appearance, she has a fair complexion. Likewise, she has brown pair of eyes and as well brown hair color.

Furthermore, the measurement of his height and weight aren’t available in the media.

Jackass Alum Bam Margera is Back After One Year of Alchohol Rehab!