Updated On November 23, 2022 | Published By: Thomas Gregory
Share this
Single 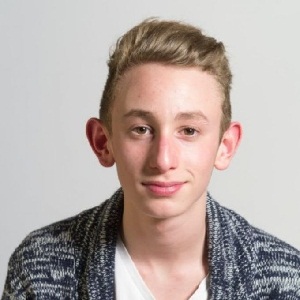 What is the relationship of Kacey Mottet Klein?

Cute and handsome Kacey is an unmarried boy.

He has managed to keep his personal information so secret that nothing relating his past and present affair status is published.

Being young, it seems like he is sharpening his strength and skills to make his all dreams come true. According to our record, he is perhaps single.

Who is Kacey Mottet Klein?

What are the birth facts of Kacey Mottet Klein?

Kacey was born to European parents on October 20, 1998, in Lausanne, Switzerland. His nationality is Swiss and belongs to European ethnicity.

There is no more information available about his parents and siblings; however, in one of his short interviews, he told that he was raised by his parents in a friendly and entertaining environment.

There is no information published about his educational background.

Kacey made his professional acting debut in the year 2008 and appeared in a film titled “Home” as ‘Julien’.

He was able to collect huge positive responses and reviews from fans and viewers from his debut film and also won the ‘Swiss Film Award for Best Emerging Actor’.

In 2010, he starred as ‘Young Serge Gainsbourg’ in a film titled ‘Gainsbourg: A Heroic Life.

He appeared as ‘Simon’ in a successful film titled “Sister” in 2012 for which he won ‘Hawaii International Film Festival Award’ and ‘The Swiss Film Award for Best Actor and was also nominated for ‘César Award for Most Promising Actor.

He also worked as a voice actor in 2012’s film titled “The Suicide Shop” as ‘Alan Tuvache’. His latest role was as ‘Damien’ in a successful film titled “Being 17” in the year 2016 for which he won ‘Cabourg Film Festival Award and was also nominated for the ‘César Award’ and ‘Lumières Award’.

What are the body measurements of Kacey Mottet Klein?

Kacey Mottet Klein has black hair and brown eyes. Furthermore, there are no details regarding his body measurements.