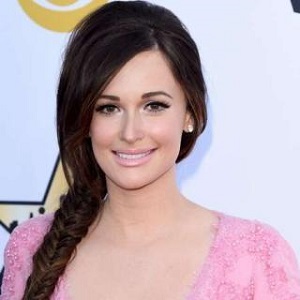 I'm influenced by so many different kind of things, so naturally the music that comes out of me is skewered, I guess, for different kinds of people and not just straight down the middle. It's not in a box.

If you're ever gonna find a four-leaf clover, you gotta get a little dirt on your hands.

Who's the ex husband of Ruston Kelly?

Kacey Musgraves is possibly single and a divorced woman.

Kacey Musgraves was married to Ruston Kelly, a musical artist. She and Ruston exchanged vows on October 14, 2017, at a farm in Tennessee.

Their wedding was a “southern wedding” and 200 guests were invited.

The couple has been together for a long period of time. After dating each other for several years, the couple got engaged on December 24, 2016.

Kacey met her husband for the first time in March 2016 in Bluebird Cafe where he sang a song. And the irony was she literally sobbed after hearing him.

The pair filed for divorce in July 2020, which was finalized in September 2020.

Who is Kacey Musgraves?

She is famous for her album Same Trailer Different Park (2013) and Pageant Material (2015).

She won the 2014 Grammy Award for Best Country Song for “Merry Go ‘Round”.

Her birth name is Kacey Lee Musgraves. She is the daughter of Karen Musgraves and Craig Musgraves. She has a sister named Kelly Musgraves. Her ethnicity is Mixed (English, German, Scottish).

She built an interest in music since her childhood age and dreamed of being a great singer and songwriter at a young age. During her elementary school graduation, she performed her first song titled Notice Me.

Talking about her educational background, she went to Mineola High School and graduated in the year 2006.

Kacey Musgraves began her career as a singer in 2002. She first got her start in the country music industry at the age of 18. At that time, she used to record demos to make money. She appeared in the fifth season of the USA Network’s singing competition Nashville Star in 2007.

Before that, she self-released three albums. She joined Lady Antebellum on their Own the Night 2012 tour in the United Kingdom. Kacey released her solo debut single “Merry Go ‘Round” in 2012. She also co-wrote Miranda Lambert’s 2013 single “Mama’s Broken Heart”.

In Feb 2019, she gave her fans a new song which was titled Rainbow.

Kacey has won several awards and honors in her career. She won the CMA Awards for New Artist of the Year in 2013. She won the 2014 Grammy Award for Best Country Song for “Merry Go ‘Round“.

She has been a very successful singer in her career and she has an estimated net worth of 10 million dollars as of 2022, but her salary is not revealed yet.

Kacey Musgraves stands at a height of 5 feet 5 inches and her body weighs 60kg. Her hair is dark brown. Also, her eyes are dark brown too.

Her bra size measures 34A. Further details include her dress size of 10(US).

What is Kacey Musgraves's most famous song?

Some of her tracks are Blowin' Smoke, Step Off, Rainbow, etc.

She has earned assets worth $10 million.