Kai Cenat at the present time is possibly single. He has not shared the current details of his girlfriend or affair. 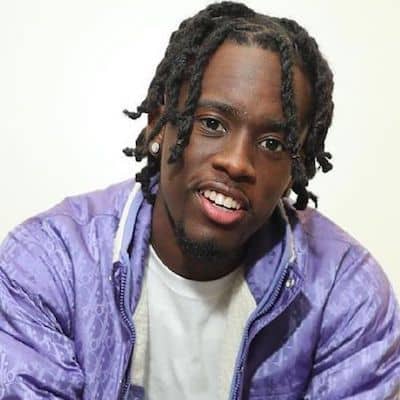 Who is Kai Cenat?

Kai Cenat is an American star of social networking sites.

His birthdate is 16 Dec 2001 and he was born in New York, the United States. The name of his mother and his father is not yet made public.

Further, his ancestry is All-American, and has two sisters plus two brothers.

As per her academics, he is studying at the State University of New York.

Kai Cenat started his Instagram journey in the year 2017 and is now one of the popular influencers. He has gained more than 887 thousand followers for his super content.

On this platform, he posts meme-based comedy sketches that are loved by the viewers. He is also followed by millions of people on YouTube for his comedy. Here he has a self-titled channel that has around 1.5m subscribers.

Some of the most-viewed videos of Kai are Being 200% Honest At Job Interviews, I Told Teanna Trump To Come To The Backseat, Telling Famous Rappers Their Music Is TRASH In Person, I Became A Professional Cuddler & Made $700, and more.

This amazing artist is officially present on social sites such as Twitter with over 286.4k fans. Also, he is on Soundcloud but not on Facebook.

This Instagram star is keeping himself away from scandals as well as rumors.

Kai Cenat’s height is 5 ft 8 inches and his body weight is in average shape. Also, he has dark brown eyes and has hair in black color.