Kaia Gerber and Jacob Elordi are having a good vacation together. In recent days, people are speculating the duo might be using each other. Though they have not confirmed the news, this vacay is definitely adding up. Jacob and Zendaya call it to quit this summer.

The model is recently on a vacation with her rumored boyfriend Jacob and her family. Paparazzi spotted the rumored couple together in Los Cabos, Mexico, on Saturday. Both Kaia and Jacob were lounging together alongside Kaia’s parents Cindy Crawford and Rande Gerber.

The rumored duo was getting cozy with each other snuggling and sharing kisses in between. One of the snap clicked by paparazzi, the model was wearing a black and green string bikini completing her look with a big hat. On the other hand, the actor showed off his chest with a swim trunk.

One of the sources reported:

“Things are really great between them. They’ve been spending a lot of time together and seem super happy.”

Are Jacob and Kaia dating?

Jacob and Zendaya ended things this summer. After calling it to quit, he started hanging out with the model. The rumors of them dating started swirling around after paparazzi spotted together.

They were hanging our followingly during the rumors of Jabob and Zendaya’s split was all over the internet. One of the sources reported the actor seemed interested in dating her.

“Jacob definitely has interest in dating Kaia, but there is nothing serious going on there. They have many mutual friends and have hung out many times in the past. They both have very chill personalities and similar interests. Jacob makes Kaia laugh and her family adores him.”

Furthermore, the source also added that the model was mentioning herself single at the time. The source added she is keeping things friendly, however, they are flirtatious with each other. Moreover, the model is happy around him and her family also likes the actor.

The rumored constantly hanging out worked as a fuel to the speculations of them dating. The two held hands while going to dinner while they were in the city. Though there are so many rumors about the duo, they haven’t yet addressed anything.

Previously, Jacob was dating American actress, Zendaya. Prior to his relationship with the actress, he was dating his “Kissing Booth” co-star Joey King. On the other hand, Gerber was dating Pete Davidson.

You may also read- Are Bill Hader and Rachel Bilson Dating? The Rumour Sparked After Their Coffee Date!

Kaia Gerber is an American model and actress who is best known for her appearances in ‘Rich Kids of Instagram’ (2016), Sister Cities (2016), and Entertainment Tonight (1981). See more bio…

You may also read- Bella Thorne is on a long romantic vacation with her boyfriend Benjamin Mascolo in Cabo! 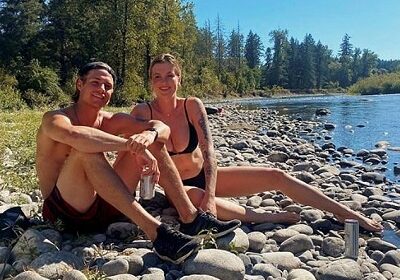