Updated On November 15, 2022 | Published By: Selina shamp
Share this
In Relation 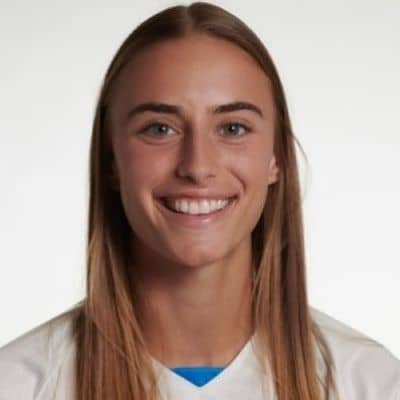 Are Kaila Novak and Olivia Panton still together?

Kaila Novak is lesbian and is dating bisexual TikTok star Olivia Ponton, a former Hype House member. She took on Instagram to announce their first anniversary on Feb 24, 2022, with a beautiful note.

Novak definitely has an on and off relationship with her girlfriend but their split in September 2021 was dramatic.

She revealed that the two were introduced through TikTok DMs as per her interview with Teen Vogue in June.

Who is Kaila Novak?

Kaila Novak is a Canadian soccer player who represented the under-17 Canadian women’s national team in major tournaments like CONCACAF U-17 Championship.

Novak also played for FIFA U-17 Women’s World Cup, the CONCACAF U-20 Championship, and FC London.

Additionally, Novak is a renowned TikTok star who has garnered over 1.3 million followers on TikTok. She keeps entertaining her viewers with food reviews, body positivity messages, and soccer videos.

Her father is Jan Novak and her mother is Jeanette Novak. Recently, her pre-birthday celebration cake was an ice cream cake. The most beautiful part was her sister made it, written Gay is Okhai, with rainbows.

Since a young age, Kai is a sports enthusiast. She started playing soccer and hockey when she was four and decided to pursue soccer as a career.

Regarding education, she enrolled in the University of California, Los Angeles after completing high school in 2020.

Kaila Novak is a college soccer player who in tournaments has assisted major goals from her team. Currently, she is more active in exploring her personality and valuing her true self.

Novak is a content creator on TikTok who not only uses the platform to advocate LGBTQ but also to entertain her audience.

Her TikTok family now has showered her around 100M likes. It is speculated to increase in days to come as she posts entertaining content frequently.

Honestly, her videos show professionalism. Her responses to every reaction, and her ideas, and insights on life are portrayed on TikTok. Her recent video on March 28, 2022, where she is soaked in rain is presented humorously.

Novak was sponsored by Dunkin, and she was excited to announce it. Eventually, she wore the sweatshirt, track, hat, and carrying bag, holding bottles offered to her on the occasion.

Likewise, Tess Levin is her favorite baker, Hulu Baker’s Dozen Ep 3 Winner. She praised the bakery items in one of her TikTok videos.

In her career as a soccer player, TikTok star, and influencers journey she earned a thousand dollars salary.

Kaila has maintained a clean profile among the public apart from the rumors and controversies.

Meanwhile, she stays away from unnecessary engagements that impact his personal and professional out fronts.

Kaila has a decent height of 5 feet and 6 inches and weighs around 60 kg.

Novak is an avid Instagram user @kailanovak with 135k followers.