Kailand Morris is a model and drummer. He is currently in a relationship. 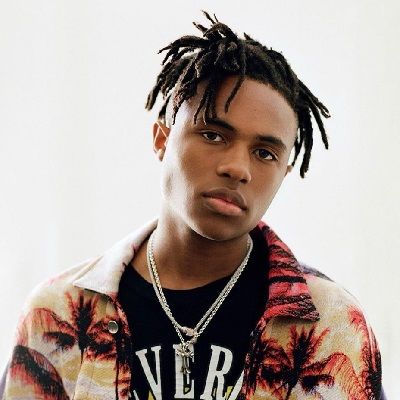 What is the relationship of Kailand Morris?

Kailand Morris is currently in a relationship with the dancer, Maddie Ziegler. They started dating back in 2018.

They first met at the set of the Dancing with the Stars: Juniors. In the show, Morris’s brother, Mandla ad Maddie’s sister, Mackenzie were completing with each other.

Last, in October 2018, they were spotted together celebrating Maddie’s 16th birthdate.

Who is Kailand Morris?

Kailand Morris is a model and drummer. He is renowned as the son of the legendary singer, Stevie Wonder.

Kailand Morris was born on the 1st of September 2001 in the United States to Stevie Wonder and Kai Millard Morris (mother). He is of British-Scottish-French ethnicity.

His father, Stevie Wonder is a legendary singer, songwriter, and record producer. His parents were married in 2001. Later, after 14 years, they got separated from each other.

He has a brother, He has a younger brother, Mandla Kadjay Carl Stevland Morris (born: 13th of May 2005).

Also, he has seven half-siblings including three brothers; Mumtaz, Kwame, and Keita, and three sisters: Sophia, Nia, and Aisha. One of his siblings is not indemnified yet. All of his half-siblings are from his father’s side.

Talking about education, he is in his senior year of High School. However, details on his high school are not available.

Kailand Morris started his professional career as a model. As a model, he has promoted brands like Dolce & Gabbana. Back in 2018, he walked in the New York Fashion Week too. In the week, he was wearing the clothes designed by the German fashion designer, Philipp Plein.

The following year, he made his appearance in Dolce & Gabbana’s 24-minute video, Spring-Summer 2019 Women’s Fashion Show. Apart from him, stars like Monica Bellucci, Isabella Rossellini, and Carla Bruni were an important part of the video. Last, he walked in the Milan Fashion too.

Apart from being a model, he is a talented drummer too. He often makes his appearance with his father as a drummer in his concerts. Besides that, he often takes part in charity events. As a charity, he mostly participated in charity basketball games.

Talking about net worth, his father, Stevie has an estimated net worth of $110 million. The major source of his net worth is his career as a singer, songwriter, and record producer.

As of now, he has managed to maintain his divinity as a model. To date, he has not been through any sort of controversy and scandals that created a buzz in the media.

Also, he has managed to stay far from any kind of rumors too.

Kailand Morris has black eyes with black dread-lock hair. However, he prefers to color his hair brown.

You may also read the bio of Ivy Matheson, Nate Wyatt, and Matt Sato.