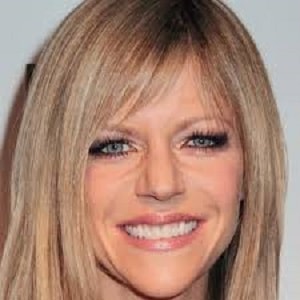 “With any show, when fans come up to you, they assume you're just like your character.”

“You know, I have the best parents in the world and I got really, really lucky because they think that everything I do is Oscar-worthy.”

"I think people think of Oregon as such a granola, hippie kind of a place.”

Kaitlin Olson is a married woman. She has been married to her co-star, Rob McElhenney since September 27, 2008. They began dating since the second season of ‘It’s Always Sunny in Philadelphia’.

The family is currently living together and the couple is enjoying their married life.

Who is Kaitlin Olson?

Kaitlin Olson is an American actress, comedian, and producer who is best known for being a member of Groundlings which is a group based in Los Angeles, California.

She is also well recognized for her role as Deandra on ‘It’s Always Sunny in Philadelphia’.

She was born on August 18, 1975, in Portland, Oregon, USA. Her birth name is Kaitlin Willow Olsen and she is currently 45 years old. Her father’s name is Donald Lee Olson(a publisher) and her mother’s name is Melinda Leore(a nurse).

Olson’s family shifted to Spokane, Washington shortly after her birth and again relocated to Cashon Island, Washington, where she lived until the age of 8. Subsequently, her family relocated back to the Portland area, settling in Tualatin and she grew up on a farm.

Olson holds American citizenship and her ethnicity is a mix of English, Swedish, Irish, German, and Welsh.

She attended Tigard High School in Tigard, Oregon, and graduated from there in 1993. After that, she studied theatre at the University of Oregon and graduated with a Bachelor’s degree in theatre arts in 1997.

Then, she moved to Los Angeles in order to pursue her acting career professionally.

Kaitlin Olson debuted her carer from being the member of the improvisational group, ‘The Groundings’. After that, she appeared in the flick ‘Coyote Ugly’ in 2000 and portrayed the recurring role in the drama series ‘Curb Your Enthusiasm’ in the same year. She also appeared as a recurring role of Taylor in ‘The Drew Carey Show’.

Olson appeared as Sherry in “Weather Girl’ in 2009, Tatiana in ‘The Heat’, and ‘Vicky in ‘Arizona’ in 2018. She has been portraying the role of Deandra ‘Sweet Dee’ Reynolds in ‘It’s Always Sunny in Philadelphia’ since 2005.

She has an impressive net worth which is around $16 million. However, her salary and income are under review.

It seems she has not been involved in any type of rumors and controversies in her career.

To know more about Grace Gummer, William Brent, and Kim Greist, please click on the link.