As per the sources, Kaitlyn has not been dating any man which is good news for male fan followers. Further, there is no past relationship, marriage, and divorce. If she is in any relationship she has kept a secret and not revealed anything about her love life. As for now, we might consider Kaitlyn to be a single woman who is yet to tie the knot. 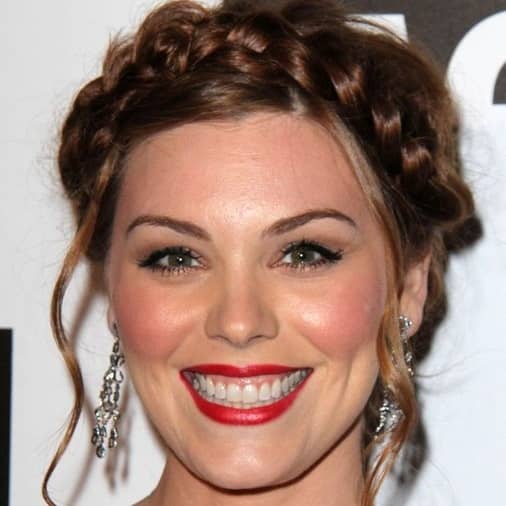 Who is Kaitlyn Black?

Kaitlyn Black is an American TV and film actress who has appeared in various films and television series. Likewise, she is famous for ‘Annabeth Nass’ in The CW comedy-drama series, Hart of Dixie, and ‘Kristin’ in the Tv film, Babynapped.

Kaitlyn Black was born in Copley, Ohio, the USA on July 29, 1983. As of 2021, she will be celebrating her 38th birthday. Her full name is Kaitlyn Elizabeth Black.

She grew up with her father, John Black, and a caring mother, Mary Ann Black in her hometown. Likewise, she has not given details about her siblings. She hardly talks about her parents. Maybe, Black does not want her family to get involved in the media which could lead to unnecessary rumors and controversies. Kaitlyn has been acting since her childhood. She was just a sixth-grade student when she began dancing in jazz, tap, and ballet.

She is of American nationality. Similarly, her birth sign is Leo. Kaitlyn is a Non-Vegetarian.

Kaitlyn made her professional debut in the Tv series Floaters in 2006. Moreover, she has portrayed the role of Annabeth Nass in the 2011-2015 CW hit comedy-drama series, Hart of Dixie. Her role in the series got huge recognition and much loved by the audiences and critics. She has acted in many TV series that includes:

among others. Besides, TV series she has acted in the 2008 film Foreign Exchange in the role of the character New Girl. Similarly, she also appeared in the movie ‘Killer Single Dad’ as Jennifer. Some of her movies are:

Moreover, she is also a writer and producer. In 2018, she produced and wrote the short Relationship Deli. The following year, she became the writer of another short, Pick-A-Chick Bar.

Of all her acting, movies, and dedication, why not she has a net worth of around $1M. Likewise, Kaitlyn is a dedicated and hardworking person who focuses on her professional career.

Kaitlyn won the Best Actor Award in 2019 for her short, Relationship Deli in Short+Sweet Film Festival.

There are no rumors and controversies about her personal life or professional life. Likewise, Kaitlyn is a dedicated and respected personality who tries to mark her place in the showbiz industry.

Kaitlyn stands 5 feet and 6 inches tall and weighs around 51 kg. Similarly, she has a slim-shaped body with 34-24-35 inches of measurements. Her bra size is 34B. She has dark brown hair and hazel color eyes.

7 Celebrities Who Shared Precautionary Measures For The Coronavirus OutBreak On The Social Media!