Kaitlyn Bristowe is a reality star who appeared in The Bachelorette. She is engaged and soon to get married. 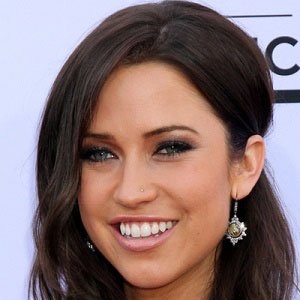 Time flies when you're on an emotional roller coaster.

I have a huge fear of birds, but I truly believe in facing your fears head-on, so, I now have two sparrows tattooed on the back of my arm.

The Bachelorette star Kaitlyn Bristowe is engaged to Jason Tartick. Jason is an American banker and ABC’s The Bachelorette contestant. He proposed to her with a 5.09-carat engagement ring from Paris Jewellers.

The couple started living together in Nashville in May 2019.

She has been in a few relationships in her life. Before becoming a TV star, she dated the Canadian professional ice hockey star Alexandre Bolduc for few years. There is no information about their dating history.

After dating him for few months, she broke up with him and began dating Shawn Booth during her time at The Bachelorette.

Booth proposed to Bristowe in the season finale, and she accepted his proposal. The couple got engaged in May 2015. However, in November 2018, they called off their engagement.

Who is Kaitlyn Bristowe?

Kaitlyn Bristowe is a Canadian television personality and dance instructor. She is known as the star of the eleventh season of The Bachelorette.

She is also known as a contestant on the nineteenth season of ABC’s The Bachelor. She was the first contestant to share the first episode of the popular reality series with another potential Bachelorette, American waitress Britt Nilsson.

Kaitlyn Bristowe was born on June 19, 1985, in Leduc, Canada. She is a Canadian by nationality and is of North American ethnicity.

She is the daughter of Leslie Hipkin and Mike Bristow. She hasn’t revealed any information about her educational background. She grew up in Leduc, Alberta, Canada, and moved to Vancouver for a dance scholarship and became a spin-class instructor.

Kaitlyn began her career as a dance instructor in Vancouver. She became popular when she became a contestant on the nineteenth season of ABC’s The Bachelor. She caught the audience’s attention with her sense of humor and expressions. In the competition, she finished third overall, losing to runner-up Becca Tilley and winner Whitney Bischoff. After that, she participated in the eleventh season of The Bachelorette. After the Final Rose segment of The Bachelor, host Chris Harrison announced that season eleven would begin with two Bachelorettes, Bristowe, and fellow season nineteen contestant Britt Nilsson, an American waitress. Kaitlyn earned more votes than Britt and became the official bachelorette of season eleven. She became a popular television star after competing in the television programs The Bachelor and The Bachelorette.

Her earnings and salary during the show have not been revealed yet. She has accumulated a net worth of 3 million dollars.

Kaitlyn made the controversial decision to allow season ten contestant Nick Viall to enter the competition after she ran into him during a group date in New York City.

Kaitlyn has a height of 5 feet 4 inches. Her body weighs 54kg. Besides these, she has dark brown hair and blue eyes. Furthermore, her body figure measures the size of 36-25-37 inches. Her bra size is 34B.