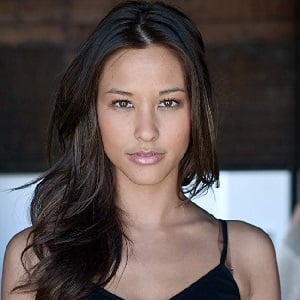 Kaitlyn Wong is a married woman. She is married to Ted Leeb who is an equity trader. The pair married on 17 August 2013. They have a daughter from this marriage, Avery who was born in 2016. Their marriage is going strong as there is no news regarding any extramarital affairs at present.

Who is Kaitlyn Wong?

Kaitlyn Wong is a Canadian actress and model. People mostly recognize her for her television roles, including Jennifer Doolittle on ‘Degrassi: The Next Generation’.  Additionally, she also starred as Cassandra on ‘Heartland’.

Wong was born in Toronto, Canada on June 18, 1988. Her mother was a former model. Additionally, she became interested in the world of acting since her childhood years. She is of Canadian nationality. Furthermore, she belongs to Irish and Chinese ethnic background.

Talking about her education, Wong attended York University and has a degree in Psychology.

Wong initially began her career as a print model in ad campaigns and billboards. She has modeled for companies like FUZE fruit drinks, Virgin Mobile, and Dentyne Ice among others. In addition, she made her screen debut with a small role in ‘Beautiful People’. Additionally, in 2009, she portrayed the role of Valerie in ‘The Jazzman’. She appeared in movies and TV series like ‘Blue Mountain State’, ‘Aaron Stone’, and ‘Locked Down’ in 2010. Since then, she has appeared in numerous other movies and television series. All in all, she has over 25 credits as an actress.

Some other movies and television series that Wong has appeared in are ‘Christmas With A Prince’, ‘Christmas With a View’, ‘Slasher’, ‘Heartland’, ‘Shadowhunters: The Mortal Instruments’, ‘Rogue’, ‘Backpackers’, ‘Single Ladies’, ‘The Hazing Secret’, ‘Wolves’, ‘Seed’, ‘Bitten’, ‘Republic of Doyle’, ‘Grave Halloween’, ‘Alive’, ‘The L.A. Complex’, and ‘Total Recall’.

Wong has not revealed her current salary. However, she has an estimated net worth of around $ 2 million at present.

Wong has kept her life and career away from the media spotlight. She has not been part of any notable controversies in her career. Furthermore, at present, there are no rumors concerning Wong and her career.

Talking about her body measurement, Wong has a height of 5 feet 4 inches (1.63 m). Additionally, she weighs around 55 kg. She has a body measurement of 32-26-35 inches. Furthermore, her hair color is dark brown and her eye color is brown.