Kaity Tong is an Emmy Award-winning news anchor of the PIX11News weekend edition. 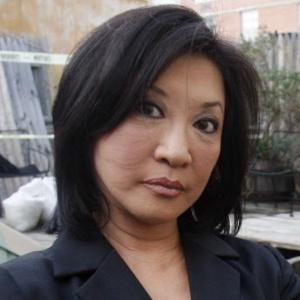 Kaity Tong is married to Patrick Callahan. However, their exact date of marriage is unknown. They didn’t have any children together till now.

The only child she has is, Philip Long, from her previous marriage with Robert Long. Her first marriage fell apart and they divorced on September 25, 2009. Right now, she is having a strong relationship with her husband and family.

Who is Kaity Tong?

Kaity Tong is a Chinese-born American broadcast journalist and reporter. She gained a lot of popularity and fame for her work as a television news anchor in New York City since 1981.

Kaity was born in Qingdao, China on July 23, 1947. She came to the United States with her family at age four. She is of American nationality and has Asian ethnicity.

Kaity spent her early life under the tutelage of her father, George Tong, and mother, Anita Tong. During her childhood, she developed a keen interest in journalism after being influenced by her great-uncle, Hollington K. Tong.

Reflecting on her education and qualifications, she attended Bryn Mawr College and graduated with a Bachelor of arts degree in English literature. She later attended a doctoral program at Stanford University in Chinese and Japanese literature.

Kaity Tong started her career working as a reporter for KPIX-TV in San Francisco from 1976 to 1979. Later on, she became the co-anchor of newscasts on KCRA-TV in Sacramento, California in December 1979.

She moved to  WABC-TV based in New York City in 1981. Within two years, she moved up to becoming co-anchor partnering with Tom Snyder and Ernie Anastos. She has also been a newscaster of TV shows and movies like Spider-man, City Hall, Marci X, and Night Falls on Manhattan.

In 1992, she joined  WPIX as the station’s lead female anchor. Surprisingly, she is still part of the station till now.

She became the first woman to be honored by Rotary International and also with a Star award by the New York Women’s Agenda. Moreover, she earned a Distinguished Woman award from the Chinese-American Planning Council.

As of now, this reporter’s estimated net worth is $4.5 Million. She has not disclosed details about her salary.

Kaity was once involved in a controversy after the director at WPIX fired her because of her growing age and high salary payout. later she filed a case against them and eventually verdict was given in her favor.

Kaity Tong stands at a height of 5 feet and 6 inches. Her body weight is average. Besides, she has black eyes and black hair.