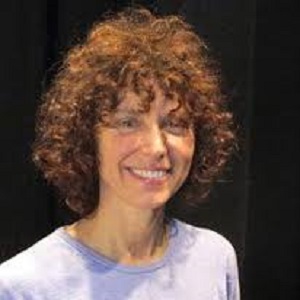 Kaki Hunter is currently single. Previously, she was married to Reed Jenkins. The couple welcomed a son. The couple could not hold the relationship and end with divorce in 1981. She currently resided in Moab, Utah and she runs her architectural company ‘OK OK OK Productions’.

Who is Kaki Hunter?

Kaki Hunter is an American actress, writer, and architect and she is best known for her role in the trilogy of ‘Porky’s’ films in the 1980s.

She was born on November 6, 1955, in Topanga Canyon, California, USA. Her birth name is Katherine Susan Hunter and she is currently 63 years old. Her father’s name is Thomas Hunter(actor/writer) and her mother’s name is unknown. Also, information regarding her childhood and her siblings is unavailable.

Kaki holds American citizenship but her ethnicity is unknown.

Talking about Kaki’s education, she has not provided any information about her college and university names.

Currently, she teaches white water rafting, oversees local theatre productions, and she is also an active member of the community. She is also the author of the how-to-book Earthbag Building.

She has an estimated net worth of around $950,000 and she has earned that from a professional career.

It seems Kaki Hunter has not been involved in any types of rumors and controversies in her professional and personal life.