Kalani Miller is a model and businesswoman also the owner of the bikini brand, MIKOH. 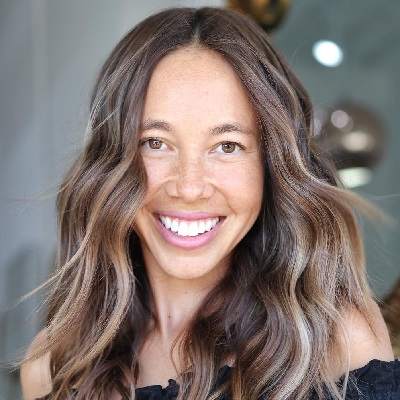 Kalani Miller is happily in a relationship with Kelly Slater. Her partner, Kelly is well recognized as one of the greatest surfers of all time.

The couple started dating each other in 2008. Together, they have a daughter named Taylor Slater.

Who is Kalani Miller?

American Kalani Miller is a model and businesswoman. Miler is renowned as the partner of the surfer, Kelly Slater.

She is the owner of the bikini brand, MIKOH.

Kalani Miller was born on 25th July 1987 in San Clemente, California. She is of British-Scottish ethnicity.

She is the daughter of Charlene (mother) and Jim Miller (father). Her mom is original from Hawaiian whereas her father, Jim is from California. Her Instagram suggests that she shares a very strong bond with her parents.

On 18th July 2020, she wished for the 38th wedding anniversary to her parents. Also, her dad was the one who taught him surfing.

Also, she has three siblings including two sisters; Oleema and Hana, and a brother, Jason. Her younger sister, Oleema is a professional fashion designer.

Moving to academics, she is an alumna of the University of California Santa Barbara. She completed her bachelor’s degree from the university with Honors in communication.

Along with her sister,  Oleema, she started her own clothing line, MIKOH from a single son in Orange County. As time passes, the clothing line has become a globally recognized swimwear brand which has been featured in Sports Illustrated’s Swimsuit Issues and Elite Fashion shows.

As of 2020, she has an estimated net worth of $200 Thousand. The major source of her income happens to be her clothing line business venture, MIKOH.

She has brown eyes with brunette hair. She stands at a height of 5 feet and 8 inches and has a decent weight.

To date, she has not been through any sort of controversy and scandals that created headlines in the media.

However, there are rumors that she is engaged to her partner, Kelly. However, she has never confirmed her relationship status as engaged.